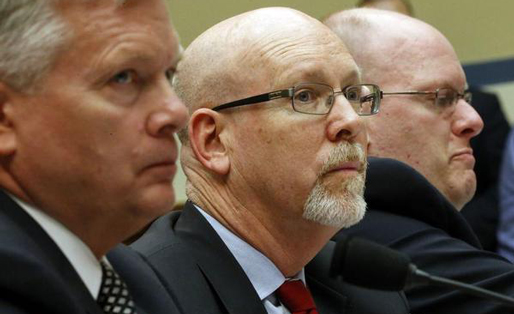 By ELIZABETH KREFT | THE BLAZE

In recent months, State Department whistleblowers have come forward with stories of harassment, demotions and politicized cover-ups. They fear their professional credibility will be forever tarnished by “twisted half-truths” conjured up by corrupt foreign service officials and say they are fearful that their families will also be targeted for scrutiny and financial penalties.

And that’s just what they’re willing to say when they aren’t hiding in fear of harsher retribution.

Meanwhile, according to one attorney for a key witness in the 2012 Benghazi attacks, the “political operatives” who have wielded their hefty influence against the whistleblowers have a safe haven on K Street while dodging the fallout and negative media exposure from internal scandals like the death of a U.S. ambassador.

Victoria Toensing, attorney for Gregory Hicks, the former deputy chief of mission at the U.S. Embassy in Tripoli during the Benghazi attacks, said the “political operatives running the State Department” are now using their political influence through one particular Hillary Clinton-bolstered firm.

The firm is called Beacon Global Strategies, a strategic advisory firm that claims to have “deep experience [through] their years of service in the White House, State Department, Defense Department, CIA, Justice Department, on Capitol Hill and in the private sector.”

But Toensing said the group has more experience being “diabolical” than anything else.

“Beacon Global is a State Department and Benghazi alumni group,” Toensing told TheBlaze TV’s For the Record. “These people are in the habit of using diabolical methods for impugning people’s integrity. They take something you’ve done or said and twist facts and then they say that person is a liar.”

Toensing gave two specific examples, the first being her client’s treatment after the Benghazi incident. She said Hicks was brought back to the U.S., “thrown in an office — no, more like a closet — and made to sit around for months. Technically, his still got a paycheck. But it was most certainly a drastic, negative job change. But they conveniently twisted the narrative to say, ‘He wasn’t demoted, his pay remained the same.’”

The attorney said the State Department also twisted the story regarding her security clearance to properly represent her client.

“We sent formal letters requesting the clearance. When the media questioned them about it, they said, ‘We never got a call from her about a clearance.’ Well, yeah, they technically didn’t: they got letters,” she said. “Anyone who opposes the State Department, whether a whistleblower or outsider, gets trashed.”

And now, those longtime State Department employees, as well as key Benghazi players from Capitol Hill, are working at Beacon Global. Here’s a quick rundown:

And in May, Beacon Global announced that former Secretary of Defense Leon Panetta, a longtime Clinton ally who, according to Toensing, “has never answered a formal line of questioning from Congress or given a tick-for-tock accounting of where he was the night of September 11, 2012,” signed on with the firm. Panetta’s righthand man while at the Defense Department — his chief of staff, Jeremy Bash — is a founder and managing director of the firm.

Beacon Global isn’t merely a place for once-powerful administration cogs to fade out into retirement, like many other K Street consultancies. These political gurus already have an eye on rejoining a future administration.

“In terms of going back in, I think we all want to, but we also know that life doesn’t necessarily work out so cutely that you have to worry about three years from now,” Reines, another Beacon Global founder and managing director, said in a Defense News interview. “It’s not that simple. We’re thinking long-term.”

“It is like a revolving door on steroids,” Allison said.

Are the dozens of former State Department employees who cut their foreign affairs teeth during Hillary Clinton’s tenure as secretary of state merely shifting positions into the private sector to deflect heat until the end of the Obama administration, and waiting to get back in the game if Hillary Clinton is elected?

One State Department operations officer, who asked to remain unnamed for fear of retribution, told TheBlaze the shuffling of positions among embattled State Department leadership and the “revolving door” of K Street are essentially one in the same.

“The classic deflection technique is to move the person in question out of the position they held at the time of the accusations, to deflect heat for either ongoing investigations or future lines of questioning,” he said. “The assumption is if they aren’t holding the job they once did, some kind of corrective action has taken place. But that couldn’t be further from the truth.”

A Beacon Global spokesman told TheBlaze the firm isn’t sure why any credibility would be given to “someone who has clearly been discredited,” such as Victoria Toensing.

“The Beacon team has more than 200 years of public service, to Republican and Democratic presidents alike,” spokesman Michael McKeon told TheBlaze. “That kind of deep dedication to our country should be applauded, not called into question with baseless political accusations.  Because no matter how many times a lie is repeated, it is only a lie. And this has been proven as one.”