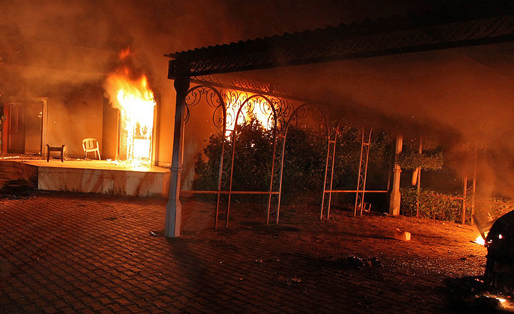 WASHINGTON (Politico/WJLA) — The House committee investigating the 2012 terrorist attacks in Benghazi will hold its first public hearing next week, according to a committee spokesperson.

That review board found “systemic” management and leadership failures at the State Department surrounding the militant attacks, which left Ambassador Chris Stevens dead. The panel issued more than two dozen recommendations in December 2012 to help the U.S government tighten its security controls.

Three experts – Greg Starr, an assistant secretary for diplomatic security, Mark Sullivan, the chairman of the Independent Panel on Best Practices and a former Secret Service director and Todd Keil, a former assistant secretary at Department of Homeland Security – will brief committee members on the recommendations.

The committee, chaired by Rep. Trey Gowdy (R-S.C.), will focus on how the implementation of those recommendations has proceeded.

The 12-member panel has actively worked since it was first created earlier this summer, reviewing previous reports on the Benghazi attacks and requesting documents from the State Department on the U.S. government’s actions in the region before, during and after the attacks.

But lawmakers won’t hear next week from former Ambassador Thomas Pickering or retired Adm. Mike Mullen – the two co-chairs of the review board. Both have previously made repeated appearances before congressional panels on the attacks.