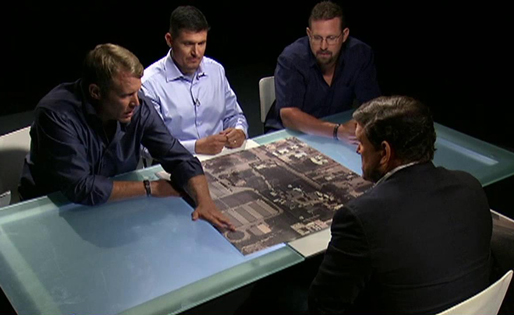 A U.S. security team in Benghazi was held back from immediately responding to the attack on the American diplomatic mission on orders of the top CIA officer there, three of those involved told Fox News’ Bret Baier.

Their account gives a dramatic new turn to what the Obama administration and its allies would like to dismiss as an “old story” – the September 11, 2012 Benghazi attacks that killed U.S. Ambassador Christopher Stevens and three other Americans.

Speaking out publicly for the first time, the three were security operators at the secret CIA annex in Benghazi – in effect, the first-responders to any attack on the diplomatic compound. Their first-hand account will be told in a Fox News special, airing Friday night at 10 p.m. (EDT).

Based on the new book “13 Hours: The Inside Account of What Really Happened in Benghazi” by Mitchell Zuckoff with the Annex Security Team, the special sets aside the political spin that has freighted the Benghazi issue for the last two years, presenting a vivid, compelling narrative of events from the perspective of the men who wore the “boots on the ground.”

The security contractors — Kris (“Tanto”) Paronto, Mark (“Oz”) Geist, and John (“Tig”) Tiegen — spoke exclusively, and at length, to Fox News about what they saw and did that night. Baier, Fox News’ Chief Political Anchor, asked them about one of the most controversial questions arising from the events in Benghazi: Was help delayed?

Word of the attack on the diplomatic compound reached the CIA annex just after 9:30 p.m. Within five minutes, the security team at the annex was geared up for battle, and ready to move to the compound, a mile away.

But the team was held back. According to the security operators, they were delayed from responding to the attack by the top CIA officer in Benghazi, whom they refer to only as “Bob.”

“It had probably been 15 minutes I think, and … I just said, ‘Hey, you know, we gotta– we need to get over there, we’re losing the initiative,’” said Tiegen. “And Bob just looks straight at me and said, ‘Stand down, you need to wait.’”

After a delay of nearly 30 minutes, the security team headed to the besieged consulate without orders. They asked their CIA superiors to call for armed air support, which never came.

Now, looking back, the security team said they believed that if they had not been delayed for nearly half an hour, or if the air support had come, things might have turned out differently.

“Ambassador Stevens and Sean [Smith], yeah, they would still be alive, my gut is yes,” Paronto said. Tiegen concurred.

In a statement to Fox News, a senior intelligence official insisted that, “There were no orders to anybody to stand down in providing support.”

Baier put that assertion directly to the operators.

“You use the words ‘stand down,’” Baier noted. “A number of people now, including the House Intelligence Committee insist no one was hindered from responding to the situation at the compound…so what do you say to that?”

“No, it happened,” said Tiegen.

In a statement to Fox News, a senior intelligence official did allow that the security team was delayed from responding while the CIA’s top officer in Benghazi tried to rally local support.

In the special, Baier also asks about the infamous YouTube video that was blamed for the violence in Benghazi.

Paronto laughed at the suggestion that the video played any role in the events of that night, saying he did not even know of the video until he was out of Libya and on his way home. “I didn’t know about the video ‘till I got to Germany,” he said. “(I had) no idea about any video, no. No, sir.”