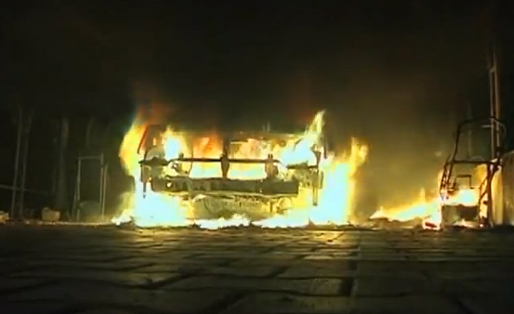 By ROGER ARONOFF | ACCURACY IN MEDIA |

With the anniversary of September 11, 2001 coming up next week, the left is lining up to undermine various and ongoing efforts to get to the truth about what led to the events of September 11, 2012. The latter terrorist attack took place two months before a presidential election. The U.S. Special Mission Compound (often mistakenly referred to as a consulate) in Benghazi, Libya, and the nearby CIA Annex were brutally attacked—killing our U.S. Ambassador to Libya and three other Americans. There are two new books on Benghazi debuting this month, a new documentary on Fox News about one of them, and the first public hearing of the House Select Committee on Benghazi is scheduled for this month.

As a result, the forces of the left are in full “pre-emptive attack” mode, publishing article after article about how false and misleading these reports and books are—sight unseen. Calls for the revelations to not affect Hillary Clinton’s political chances, or claims that there is no cover-up and this is a phony scandal, have emerged at The New York Times, MSNBC, Media Matters, and with the Democrats on the House Intel Committee, which recently completed its own report on Benghazi that is currently being reviewed by the CIA before its public release. The consistent theme is that this controversy has all been investigated numerous times before, and that the evidence shows that there was no cover-up, there was no stand-down order, and there was no failure to deploy military assets.

But as we have shown through various articles, these sources are either wrong on all, or most, counts, or the “answers” they’ve provided raise additional questions.

New revelations by members of the Security Annex Team, interviewed by Bret Baier, call into question these assertions as well. Speaking on Fox News’ Special Report on September 4th, three members of the team—Kris Paronto, Mark Geist and John Tiegen—described their experience as receiving multiple “stand down” orders from “Bob,” the CIA Chief of Base in Benghazi, who delayed their possible rescue of Ambassador Chris Stevens, Information Officer Sean Smith and other staff by about a half an hour. The team members say they ultimately defied orders and rushed to the compound anyway to enact a rescue of the State Department personnel, and contend that Ambassador Stevens and Smith might still be alive if they had been allowed to go sooner.

“The accusation that the station chief, referred to in the book only as ‘Bob,’ held back the rescue opens a new front in a fierce political battle over who is at fault for the American deaths,” writes David Kirkpatrick for The New York Times. Note that Kirkpatrick calls this an accusation, although it is an account given by eyewitnesses. (“Bob” has not yet spoken to the press, and maybe never will.) Kirkpatrick is well known for his article last year claiming that al Qaeda wasn’t involved in the September 11, 2012 attacks. But at least the Times is reporting on the contents of this new blockbuster account of what happened that night in Benghazi. It will be interesting to see how the rest of the media deal with this.

Part of the story told by the Annex Team in their upcoming book has been reported in the past, but it serves as a confirmation of those reports. Jennifer Griffin reported for Fox News in October 2012 that sources on the ground in Libya that night said that the CIA told its Annex Team to “stand down” multiple times before allowing them to proceed to the U.S. Special Mission and attempt a rescue. (The CIA responded with a denial). But the Senate Select Committee on Intelligence found that there was “no evidence of intentional delay or obstruction by the Chief of Base or any other party.” But there was a delay, and several questions about it remain.

Did the delay result from numerous stand-down orders, as Griffin and the Annex Team have said? Why do official reports differ from eyewitness accounts? And if there was a delay, why? Americans should demand to know whether Ambassador Chris Stevens’ and Sean Smith’s lives could have been saved by a quicker Annex response.

Supporters on the left claim that there has been no cover-up, but key questions about Benghazi have not been answered. Among them:

Why were so many personnel who were involved in, or have access to information regarding the events that took place in Benghazi required to sign non-disclosure agreements?
Why did the intelligence community’s Washington, D.C.-based reports outweigh testimony from those on the ground in the initial analysis of what had occurred?
What was the origin of the story that the attack in Benghazi was sparked by a spontaneous demonstration related to a video about Muhammad on YouTube?

As for the failure to deploy assets, the recent release of the House Armed Services Committee (HASC) transcripts reveals that General Carter Ham, then-head of AFRICOM, was able to arm the second drone when it relieved the first outside the Annex, but chose not to because he saw the mission as reconnaissance, or “understanding,” not engagement. (There were two drones: one unarmed, diverted from Derna, Libya and another, unarmed, later sent from Sigonella, Italy to relieve the first.) “There was a capability to arm them at Sigonella” and he knew that, said General Ham. He later added, upon questioning, “The second one was preparing to fly, to take off, to relieve the first one on station.” The second, unarmed drone arrived before Tyrone Woods and Glen Doherty, two former Navy SEALs who were working there as part of the CIA’s Global Response staff (GRS), were killed. The point being, had the second drone been armed, it might have saved their lives.

HASC transcripts from January also revealed that General Carter Ham had told Chairman of the Joint Chiefs of Staff Martin Dempsey and Defense Secretary Leon Panetta that the attack was an “attack”—meaning a planned, terrorist attack, not a “demonstration” that spun out of control—right before their pre-scheduled meeting that very evening in Washington with President Obama.

In addition, the new transcripts issued by the HASC bring up an interesting issue: in 2012, the air base at Aviano, Italy was apparently scheduled for a two-week inspection that ran through the September 11th anniversary. “September 11, our aircraft were—we were kind of in the admin phase of the inspection, and all of our aircraft were in a true training configuration because we had to start from that cold start,” said Brigadier General Scott Zobrist in his March 12, 2014 interview. “The wing was going back to a normal training posture, and the best that I can recall is that we had no jets on any kind of alert status or anything like that.” Such a lack of readiness on a critical date—the anniversary of 9/11—strikes many as a dereliction of duty.

As we, the Citizens’ Commission on Benghazi, have documented in our Interim Report and additional documents, there are even larger issues here that need to be investigated. Most notably, we point out that the war in Libya was unnecessary—a war of choice—since Muammar Qaddafi had expressed his willingness to abdicate as the war was about to get underway. And the real heart of the matter is that the U.S., under President Obama, has switched sides in the Global War on Terror, which might be better identified as the Global War on Jihadis.

Our readers, and all concerned Americans, should watch the Fox News documentary this weekend (it will air multiple times, including primetime each of the three nights), because it will represent the views of fellow contract operators, the Annex Security Team, who were on the ground with their brothers-in-arms. Was there a stand-down order? They say there were multiple stand down orders. Was there a dereliction of duty that day by the President, then-Secretary of State Hillary Clinton, or top military officials? We’ll see this weekend what else these eyewitnesses have to say about it. The first airing is Friday, September 5th at 10 p.m. ET on the Fox News Channel.