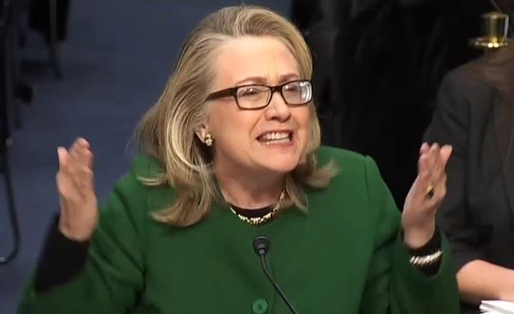 Internal email reveals that three months before fatal terrorist attack, an explosion at compound wall “created a fear factor when it came to working the night shift”

(Washington, DC) – Judicial Watch announced today that it has obtained 130 pages of new State Department documents revealing that local security guards working for Blue Mountain Group (BMG), the firm hired to protect the U.S. Special Mission in Benghazi, repeatedly abandoned their posts “out of fear of their safety” in the months leading up to the deadly terrorist attack on the special mission compound.

The documents were obtained by Judicial Watch pursuant to a February 25, 2013, Freedom of Information Act (FOIA) lawsuit (Judicial Watch v. U.S. Department of State (No. 13-00243)) seeking the following information:

“Any and all records regarding, concerning, or related to the $387,413.68 contract awarded by the Department of State to an unidentified foreign awardee for “Security Guards and Patrol Services.” According to the record of this expenditure on USASpending.gov, the contract was signed on February 17, 2012 and May 3, 2012, and is identified by Award ID SAQMMA12C0092.”

According to the documents, on June 30, 2012, three months before the Benghazi terrorist attack, a Quality Assurance Compliance Report  from Blue Mountain Libya to Department of State Contract Specialist Neal Kern warned that the number of local security guards leaving their posts had put the U.S. Benghazi Mission at risk:

Due to the amount of local guard force members leaving out of fear of their safety and the long process to security check individuals, it makes it very difficult to quickly react to a large drop in staff in quick succession as has been occurring with all the incidents especially when additional staff are requested.

The same June 30 report advises that an explosion on the perimeter wall of June 6 had “promoted a fear factor” with a “lasting effect” on the security staff:

On the shift 2200-0600 hours on 11.06.2012 [Redacted] emergency staff did not attend for his shift and gave no prior warning of absence, a replacement was not able to be sourced due to the time of evening and the bank staff members not answering their phones. It is believed that the explosive device set off on the compound perimeter wall had a lasting effect on certain members of the staff; this promoted a fear factor when it came to working the nightshift. [Emphasis added]

Additional emails confirm that in the months leading up to the terrorist attack, State Department officials were repeatedly informed of the Benghazi security staffing problems. A July 2, 2012, memo from David Oliveria, the Temporary Duty Officer in Benghazi at the time, contained the following warning about “manpower issues”:

Per our conversation, the original A&E request for guard service was to run from June 6th to June 18th. Unfortunately, due to manpower issues and unforeseen last minute resignations of BMGs guard staff, US Mission Benghazi were only provided the below guards (see email) through the 12th (starting 11th at 2200).

An additional email from BMG to State Department official Kern reveals that not only was the undermanned Benghazi Mission security staff caused serious dissension among top security staffers there:

Between the 18th – 30th April a Guard Commander was not provided due to the current Guard Commander [REDACTED] being relieved of his position due to an altercation with the NTC/QRF at the US compound. A new Guard Commander has been selected and will begin on the 3rd of May.

On the 22nd April a guard for Shift Charlie [REDACTED] failed to turn up for duty at 2359 hours, we were unable to replace this guard due to [REDACTED] not giving any prior warning that he would not be working. Unfortunately the shift carried out their 8 hour shift with only 4 men.

The documents obtained by Judicial Watch cover the period from March 1 through August 31, 2012. Significantly, no documents were provided by State for the time period in September immediately leading up to the September 11 attack that took the lives of Ambassador Chris Stevens and three other Americans.

“These documents show that the U.S. Special Mission at Benghazi was a sitting duck and that the State Department’s local militia ‘security’ feared for their own safety and wouldn’t even show up to provide necessary protection,” said Judicial Watch President Tom Fitton.  “All security indicators were flashing red and, perhaps, with a show of strength to secure the Benghazi mission, U.S. Ambassador J. Christopher Stevens, Sean Smith, Glen Doherty and Tyrone Woods might be alive today.  Once again, our independent work continues to shed more light on Benghazi than anything done by the media or Congress.”

In April 2014, Judicial Watch released documents from the State Department revealing that Blue Mountain Group (BMG) had lost at least two previous private security contracts in Tripoli and was hired despite a warning from the Embassy Acting Regional Security Officer. Earlier, on September 14, 2012, State Department spokesperson Victoria Nuland had emphatically denied that State had hired any private firm to provide security at the American mission in Benghazi. The following week, Nuland was forced to admit that she had made an “error,” saying, “There was a group called Blue Mountain Group … hired to provide local Libyan guards ….”  It was those security guards according to the newly released Judicial Watch documents, who apparently abandoned their posts in the weeks leading up to the Benghazi attack.

On April 18, 2014, Judicial Watch obtained a White House email showing then-White House Deputy Strategic Communications Adviser Ben Rhodes and other Obama administration public relations officials attempting to orchestrate a portrayal of the Benghazi consulate terrorist attack as being “rooted in an Internet video, and not a failure of policy.” Judicial Watch’s disclosure of this document led to the House forming a Select Committee to investigate Benghazi.