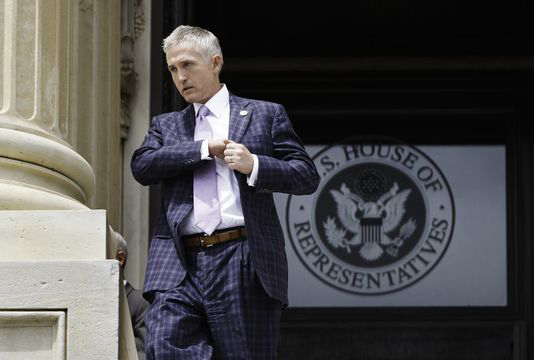 WASHINGTON — Two months after the House of Representatives chartered a new committee to investigate the 2012 Benghazi attacks, the panel will begin getting down to work in July, Chairman Trey Gowdy said, but it will not be in a hurry to make headlines.

“We live in a society and a culture that likes to move pretty quickly, so I’m sure that there are some out there whose expectations for speed are not matching the reality,” The South Carolina Republican told USA TODAY in an interview, “It is tough to get a committee from not existing to up to running at the legal speed limit.”

The panel has secured Capitol Hill office space, set up a website and hired nearly half of the roughly 30 staffers expected to assist the committee’s investigation.

Hiring has been slow in part because of the need to acquire security clearances, and progress has been made quietly under Gowdy’s directive to be deliberative in an investigation that has deeply divided the two political parties.

Gowdy, a former federal prosecutor, was tapped by House Speaker John Boehner, R-Ohio, in early May to take over the investigation into the Sept. 11, 2012, attack on the U.S. Consulate in Benghazi, Libya, that left four Americans dead, including Ambassador Chris Stevens.

Republicans have charged the Obama administration with obfuscating the events surrounding the attack in order to protect the president’s 2012 re-election prospects and former secretary of State Hillary Rodham Clinton’s potential 2016 campaign. Democrats counter that the attack was a tragedy, not a conspiracy, and that Republicans are using it to appease the party’s conservative base.

Drew Hammill, a spokesman for House Minority Leader Nancy Pelosi, D-Calif., said that Democrats still view the investigation as a political ploy and that Republicans are “desperately seeking to give off some aura of activity in Congress.” What Gowdy described as a deliberative process, Hammill said is just slow-walking it closer to Election Day. “It is by design a political tool to motivate their base.”

Gowdy is keenly sensitive to that criticism. “There is this notion out there, as some of my colleagues have said, that this will be a circus, a kangaroo court. No one who values their professional reputation wants to be part of that. I don’t want to be part of that.”

He said he is trying to hire non-partisan investigators with no political agenda and to reach out to the panel’s ranking member, Elijah Cummings, D-Md., to ensure that the minority has a role in the investigation. House Democrats reluctantly agreed to participate in the 12-member investigative panel.

“I have a great working relationship with Chairman Gowdy, and I am hopeful that this will be the serious, neutral fact-finding investigation that he has promised,” Cummings said in a statement to USA TODAY.

The Gowdy-Cummings relationship stands in stark contrast to the contentious relations between Cummings and House Oversight and Government Reform Chairman Darrell Issa, R-Calif., who has directed much of the House’s investigative work on the Benghazi attack to date. The select committee has taken the reins of all future Benghazi work.

Gowdy also said he is leaning against holding many public hearings — even if that means frustrating some House GOP colleagues and the public — because they tend to generate spectacles more than fact-finding.

“I’m trying to be fair and realistic with my fellow citizens in terms of admitting up front, everything will not be open,” he said. The panel will have some combination of member-only meetings, private hearings and public dialogue in July, but Gowdy said he is not enamored of hearings.

“There’s been widespread, almost universal criticism of the hearing process, or the hearing procedure as a method for eliciting information,” he said. “That is not the most effective way of finding out any set of facts. That would be depositions, and the depositions are by rule, private.”

There is no deadline for the committee, which is tasked with issuing a final report on the attacks whenever it deems the investigation complete. With the House scheduled to be in session for just 28 days when members of Congress return from the July 4 break, It is all but certain the investigation will continue into 2015, but Gowdy has talked with some members of the panel about conducting work in August and October, when Congress is scheduled to be in recess.

“I have no way of predicting how long it will take,” he said, noting that the duration will depend in part on how much cooperation the committee gets from the administration and relevant agencies.

In the meantime, Gowdy said panel members are privately reviewing the 25,000 pages of documents handed over to by prior congressional investigations. He said he carries a thumb drive with him in which he jots down notes and questions he wants answered.