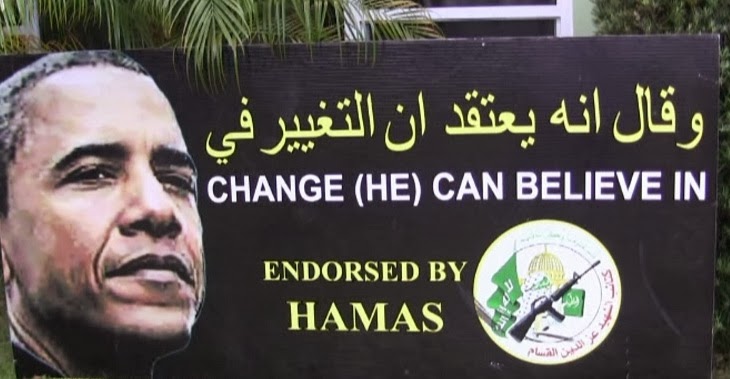 It is about time that pundits stop describing President Obama’s foreign policy as weak. There is a straight line between emboldening Syria’s Assad by calling him a reformer, Egypt’s Morsi a democrat, Turkey’s Erdogan a friend, Iran’s Rouhani a moderate, and now a Palestinian government that includes Hamas, a peace partner.

Monday’s speedy announcement that the United States will work with and pay for a PLO-Hamas coalition government is a strong and predictable step in an alarming pattern.

Every one of these moves has deliberately driven a wedge between Obama and Israel. President Obama’s priority is, and always has been, the Muslim world. It has made no difference to this partiality that in the latter world American hostages are languishing in prison cells, the killers of Americans are government insiders, official anti-Semitism is flourishing, and the locals are brutalized.

At the same time, President Obama has a recurring problem with his choice of best friends. There is an inconvenient discord between the terrorism and violence emanating from his BFF’s and his putative job as commander-in-chief.

The difficulty presents itself, for example, in the context of Benghazi. The anger over Benghazi is more than justified, but not because it is still a mystery why the president sent no one to bomb Libya in order to save Americans under attack. He may have hurt somebody on the ground who was not American, or he may have stirred up local resentment.

President Obama has never made a secret of his “counter-terrorism” policy. In May 2013 he said quite clearly that even in the face of “terrorists who pose a continuing and imminent threat to the American people,” “before any strike is taken, there must be near-certainty that no civilians will be killed or injured.”

Speaking at West Point on May 28, 2014 he reiterated that in taking direct action “against terrorism,” we may strike “only where there is near certainty of no civilian casualties.”

The problem is not that he’s unclear. It’s that he isn’t right. International law does not require planning for zero civilian casualties – which would simply encourage combatants to use more civilians as human shields. The Geneva Conventions test is one of proportionality: “An attack which may be expected to cause incidental loss of civilian life [or] injury to civilians” is prohibited if it “would be excessive in relation to the concrete and direct military advantage anticipated.”

So international law is not what is driving President Obama’s foreign policy. What’s really eating him is that he believes we are our own worst enemy. As he said at West Point: “our actions should meet a simple test: We must not create more enemies than we take off the battlefield.” He is worried that if we defend ourselves, we “stir up local resentments.”

That’s a green light for the political enablers of terrorists everywhere to start writing UN speeches, mount new phony demonstrations, and concoct more bogus Islamophobia charges. If we are the ones responsible for creating more terrorists by fighting terrorists, then we may as well just go golfing.

The President’s release of top five Taliban terrorists from Guantanamo this past weekend fits the dogma. As early as May 21, 2009, the President told us: “the existence of Guantanamo…created …terrorists…It is a rallying cry for our enemies.” Unsurprisingly, they prefer their terrorist buddies back in the field.

Similarly, our drone program is dwindling – nothing in Pakistan’s tribal areas since last December – because our enemies don’t like it either. But then, why would they?

Which brings us back to the President’s embrace of a Palestinian government that includes the terror organization, Hamas – just hours after the PLO-Hamas deal was done.

Why the rush? Why was the issue of legitimizing a terror organization, dedicated to the annihilation of one of our closest allies, not worth more than a few seconds thought?

The answer is that for President Obama, it was just business as usual. His top priority is not delegitimizing terrorists and fighting to win, but avoiding stirring up local resentments. And Palestinians have made fabricating resentment for every imaginable affront into an art form. “A house is being built!” is a favorite, while Palestinian rocket-launchers and kidnappers and would-be suicide bombers are plying their wares.

Furthermore, the President never seriously tried to stop it. He could have threatened and ensured harsh economic and political repercussions, which Congress would have supported. But he didn’t. Just as he didn’t make any such threats when the Palestinians went to the UN in November 2012 to become a non-member observer state. And just as he didn’t when the Palestinians started signing treaties this past April that legally are only open to states.

The ugly truth is that President Obama is happy to let the UN turn Palestine into a state, and thereby allow Palestinians to avoid negotiation, avoid recognition of the Jewish state, and avoid genuine commitment to peaceful coexistence with its Jewish neighbor. Unilateralism and the UN was always the back-up plan to Kerry’s egoistic globe-hopping.

The specifics are simple. One more Jew-hating, Israel-bashing, American foe has been welcomed into Obama’s Islamist inner circle.