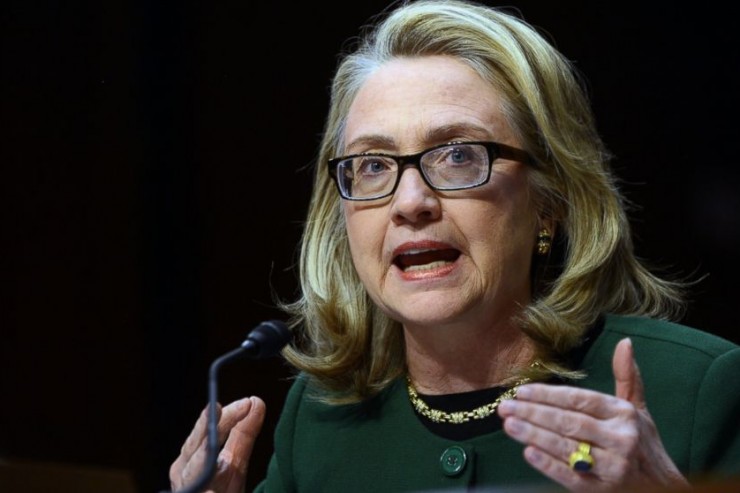 In an exclusive interview with ABC’s Diane Sawyer, Hillary Clinton said her role in securing the American mission in Benghazi, Libya, which came under attack on Sept. 11, 2012, was to give “very direct instructions” to security experts and said she was right to defer to their judgment.

Ahead of the release of her new memoir, “Hard Choices,” which comes out on Tuesday and includes a chapter on Benghazi, Sawyer asked Clinton if there was anything she “personally” could have done to make the U.S. mission there safer.

“What I did was give very direct instructions” to “the people who have the expertise and experience in security,” Clinton told Sawyer, referring to her actions prior to the attack that claimed the lives of U.S. Ambassador Christopher Stevens and three other Americans. “That is personal.”

“I’m not equipped to sit and look at blueprints, to determine where the blast walls need to be or where the reinforcements need to be,” she added. “That’s why we hire people who have that expertise.”

Much more of Sawyer’s conversation with Clinton, including an extended discussion about Benghazi, will air during a one-hour ABC News primetime special tonight at 9 p.m. ET. ABC’s Robin Roberts will follow up with Clinton’s first live interview Tuesday, June 10, on “Good Morning America.”

In a new ABC News-Washington Post poll released on Sunday, 59 percent of Americans approve of Clinton’s job performance as secretary of state, but that declines to 37 percent on her handling of the 2012 attack in Benghazi.

In the interview, Clinton did not say definitively whether she will testify before the new Congressional committee that will examine the attack if called to do so.

“That’s going to be up to the people running the hearing,” she told Sawyer. “We’ll see what they decide to do, how they conduct themselves, whether or not this is, you know, one more travesty about the loss of four Americans, or whether this is, in the best tradition of the Congress, an effort to figure out how – what we can do better.”

Clinton has repeatedly taken full responsibility for Benghazi, which she has called her “biggest regret” during her four years at the State Department. In her memoir, Clinton writes that as secretary of state, “I was the one ultimately responsible for my people’s safety, and I never felt that responsibility more deeply than I did that day.”