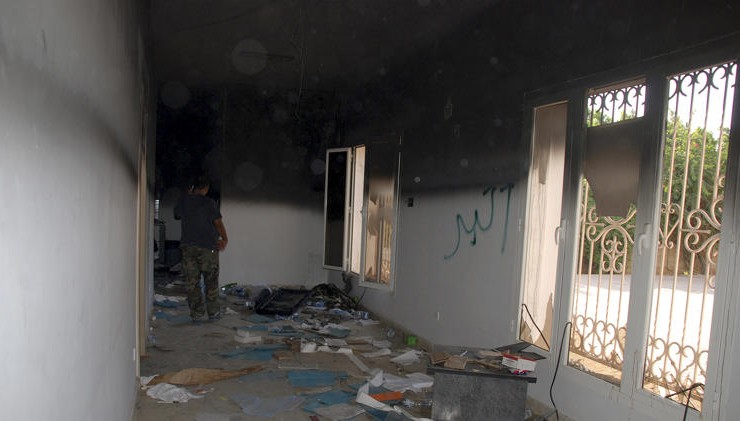 In a letter to the panel’s GOP chairman and top Democrat, Assistant Secretary of State Julia Frifield said the department feels questions have been answered about the assault that killed U.S. Ambassador Chris Stevens and three other Americans. But she said officials were determined to build a constructive relationship with lawmakers conducting the special investigation.

“We are fully prepared to work with you and your fellow members and share your hope that the committee’s work will be conducted in a fair and bipartisan manner,” Frifield wrote in the letter, a copy of which was obtained by The Associated Press.

Secretary of State John Kerry, she said, has asked department officials to meet with committee staff “at the earliest convenient time to brief them on our efforts to date to be responsive to Congress, and to discuss how the State Department can be of assistance to the committee,” including through the furnishing of more documents.

“We believe that such a meeting can lay the foundation for constructive interaction between the department and the committee,” Frifield wrote.

Republicans say the Obama administration hasn’t handed over all correspondence related to Benghazi. The complaint is part of a larger set of accusations of wrongdoing that include the administration failing to respond quickly enough to the attack and then misleading Americans about what happened in a bid to help President Barack Obama win re-election.

Democrats say the GOP focus on Benghazi is a political witch hunt designed to create the appearance of a scandal as midterm elections draw nearer. They say the secondary goal is to tarnish the reputation of former Secretary of State Hillary Rodham Clinton, the presumed Democratic front-runner for the 2016 presidential election. In a rare moment of good news about Benghazi, the administration says that this past weekend U.S. special forces captured an alleged leader of the attack.

Frifield said the department has struggled to meet the demands of lawmakers in Congress, where 10 separate committees have made inquiries. She suggested the process should be easier given that the select committee established last month at Speaker John Boehner’s behest is assuming responsibility for all House inquiries. That includes the House Oversight Committee’s often contentious investigation led by Rep. Darrell Issa, R-Calif.

Nevertheless, Frifield repeated the department’s view that “relevant questions have been thoroughly answered.” The State Department, she said, has participated in 11 congressional hearings, provided almost 50 briefings, given interviews and depositions, and producing more than 25,000 pages of documents.

Originally reported by the Associated Press.