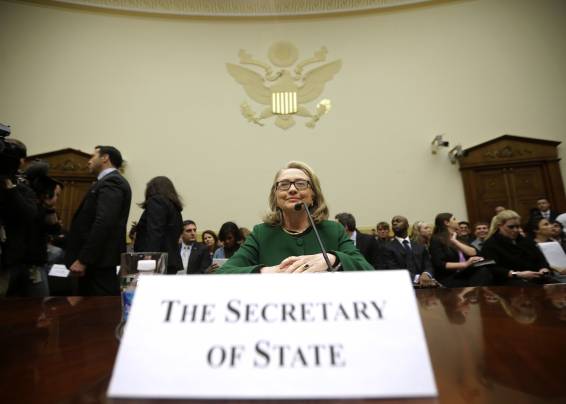 It’s common for Republicans to say there are “unanswered questions” about the September 11, 2012 terrorist attack on the U.S. diplomatic compound in Benghazi, Libya. In some cases, though, it might be more accurate to say that questions have been answered, but Republicans don’t believe the answers.

A prime example concerns then-Secretary of State Hillary Clinton‘s knowledge about the lax security surrounding U.S. diplomats in Libya. There’s no doubt the situation was terrible; the Obama administration was woefully unprepared for trouble in the months leading up to the violence.

One key piece of evidence is an August 16, 2012 cable, sent from Ambassador Chris Stevens to Clinton’s office just 26 days before the attack, raising red flag after red flag about the dangerous lack of security in Benghazi.

U.S. security officers had held an “emergency” meeting the day before, August 15, noting that violence in the area was on the rise and concluding that the American contingent could not defend the post “in the event of a coordinated attack, due to limited manpower, security measures, weapons capabilities, host nation support, and the overall size of the compound.”

Washington did nothing. A Senate Intelligence Committee report released in January found “no evidence that significant actions were taken by the State Department between August 15, 2012, and September 11, 2012, to increase security at the mission facility.”

As Republicans see it, the Secretary of State was in charge. Responsibility for the failure to secure Benghazi lies with Clinton.

The State Department’s internal investigation was conducted by an Accountability Review Board whose members were appointed by Clinton. They seemed determined to build a firewall around the Secretary of State.

The panel’s publicly-released report did not even mention the August 16 cable. It laid the blame for security lapses at the middle levels of the State Department bureaucracy. Accountability Review Board investigators did not even interview Secretary Clinton.

But some lawmakers on Capitol Hill got the chance. In an appearance before the House Foreign Affairs Committee in January 2013, Clinton testified under oath that she did not see the cable.

What struck some Republicans as odd — and still does — is that Clinton nonetheless knew about the conditions that prompted the Aug. 16 cable. “I was aware of certain incidents at our facility and the attack on the British diplomat,” she testified. “I was briefed on steps taken to repair the breach in the perimeter wall after the June bombing. …”

Clinton also testified she was “engaged” in what she called the “issues related to the deteriorating threat environment, particularly in Libya.”

Many Republicans still do not understand how Clinton could be involved in security matters, down to a pretty detailed level, and then claim it was all handled by mid-level officials.

But what really made Republicans suspicious was the fact that other high-level administration officials had seen the Aug. 16 cable. In an appearance before the Senate Armed Services Committee, both former Defense Secretary Leon Panetta and Joint Chiefs of Staff Chairman Gen.Martin Dempsey testified they knew about it.

“You were aware that Ambassador Stevens — of his cable that said that the consulate could not withstand a coordinated attack, is that right?” asked Republican Sen. Kelly Ayotte.

Turning to Dempsey, Ayotte said, “General, you had said that you previously were aware of that?”

“Yes, I was aware of the communication back to the State Department,” Dempsey answered.

Clinton has argued that she was simply too busy to see the August cable. “One-point-43 million cables a year come to the State Department,” she told the House committee. “They’re all addressed to me. They do not all come to me.”

But Secretary of Defense is a pretty big job, as is chairman of the Joint Chiefs of Staff. And those two officials were aware of the dire warning that came from Benghazi on August 16, while the Secretary of State — the official actually in charge of the compound — says she was not.

Maybe that’s the way it was. But some Republicans remain skeptical and want the new Benghazi select committee to look further into what Clinton knew. Is there any evidence that might shed light on the matter?

In her House testimony, Clinton said she had “great confidence” in the work of the Accountability Review Board. Republicans don’t share that confidence. That’s one of the reasons there is a new select committee.