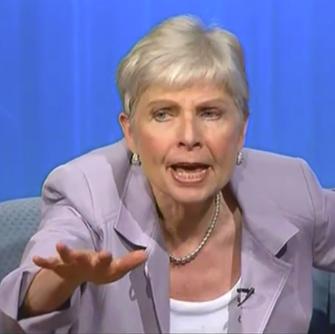 The Democrats and their media acolytes who are pushing back against a full investigation of the Benghazi scandal are in full circle the wagons mode.  They are trying to make investigating this scandal into some sort of late night joke against Republicans, but instead are looking more desperate by the day.

Many Americans do not believe the Obama administration’s account of what happened leading up to and during the September 11, 2012 attack. They smell a cover up.  According to a Rasmussen poll earlier this month, 59 percent feel it is unlikely the administration has revealed all of the details surrounding the tragic attack.

“Seventy-two percent continue to believe that it is important to find out exactly what happened in the Benghazi matter, with 46 percent who say it is ‘Very Important.’ Twenty-five percent consider more information about the Benghazi case unimportant, up from 19 percent in January, but that includes just 7 percent who say it is ‘Not At All Important,’” said Rasmussen.

Distrust of the Obama administration was stoked by the recent revelation of an e-mail written by then-White House Deputy Strategic Communications Adviser Ben Rhodes showing White House involvement in concocting the bogus anti-Muslim video explanation for the killings.  The purpose of this intervention by the White House was to prepare then-UN Ambassador Susan Rice for her Sunday TV show appearances on September 16, 2012, with the goal of pushing the video narrative even though senior officials at the State Department and intelligence personnel on the ground knew early on that a pre-meditated terrorist attack was the real cause.

White House Press Secretary Jay Carney made a fool of himself yet again when he tried to claim with a straight face that the Rhodes e-mail had nothing to do with Benghazi. It’s all old news anyway, he intoned.

Bill Clinton has tried to blunt criticism of his wife’s conduct as Secretary of State by saying that the State Department’s own Benghazi investigation, which was led by retired Adm. Mike Mullen and former U.S. diplomat Thomas Pickering, “looked into what was wrong. They gave 29 recommendations. She took ‘em and started implementing them.”

That may be true, but Bill conveniently left out the fact that Hillary’s hand-picked Accountability Review Board failed to interview her. When she finally appeared before Congress to testify, Hillary responded to questions with a question of her own: “What difference at this point does it make?”

The mother of one of the Americans murdered in Benghazi by the jihadists, Sean Smith, refuses to accept such cold indifference. She wants the truth: “How can Hillary sit up there and say ‘What difference does it make,’ when she is the person that made the difference? She is the one that would not allow any security there; she is the one that was responsible.”

Bill Clinton’s defense of his wife’s lack of responsiveness to pleas for more security before the September 11, 2012 attack — despite repeated prior jihadist attacks on Western facilities and personnel — was to say that “No one had advance notice that this would happen as nearly as I can tell.” It must all depend in his mind on what the words “advanced notice” mean.

Susan Rice, now serving as President Obama’s National Security Adviser, wants to put her infamous Sunday show appearances behind her for good.  When asked at a foreign policy lunch on May 14th whether the House select committee investigation on Benghazi would reveal anything new, she flippantly responded, “Danged if I know.”  Actually, that’s the answer she should have given on those five Sunday talk shows if she had been asked why a UN ambassador with no knowledge of what happened in Benghazi was shoved in front of the cameras. She was sacrificed so that her boss Hillary Clinton, who had been briefed on what was happening in Benghazi in real time by the number two State Department official in Libya, Gregory Hicks, would not have to do the lying.

Rice also parroted the Democratic line, used by Senate Majority Leader Harry Reid as justification for his decision not to form a Senate select committee, that 25,000 documents have already been turned over to Congress. “It’s hard to imagine what further will come of yet another committee,” she said.

Rice might have had a reasonable point except for one tiny detail she left out – a key e-mail linking the White House to preparation of her misleading statements to the American people on national TV was not among those thousands of e-mails turned over to Congress. It was only turned over very recently after court action. It is not unreasonable to assume that there are other incriminating e-mails lurking in the files of the State Department and White House. They may provide answers to questions that the select committee chairman Rep. Trey Gowdy, in a turn-about, posed to reporters during a press conference when he asked them if they had been doing their jobs:

•Do you know why we were the last flag flying in Benghazi, after the British had left and the Red Cross had been bombed?

•Do you know why no assets were deployed during the siege? And I’ve heard the explanation, which defies logic, frankly, that we could not have gotten there in time. But you know they didn’t know when it was going to end, so how can you possibly cite that as an excuse?

•Do you know whether the president called any of our allies and said, can you help, we have men under attack? Can you answer that?

•Do you know the origin of this mythology, that it was spawned as a spontaneous reaction to a video? Do you know where that started?

•Do you know where we got from no evidence on that, to that being the official position of the administration?”

Much of the mainstream media could not care less about the truth. They act like an extension of the Obama White House. And they are auditioning for that same part in helping Hillary Clinton fend off embarrassing questions that might interfere with her quest for the White House in 2016.

Chuck Todd of NBC News, for example, said on May 13th that “all the questions have been answered. There’s just some people that don’t like the answers.” Then perhaps NBC News will enlighten us on the answers to Rep. Gowdy’s questions above.

Left-wing commentator Eleanor Clift wins the prize for the most idiotic media criticism of further investigation into what happened in Benghazi. She claimed last Sunday that Ambassador Chris Stevens “was not ‘murdered;’ he died of smoke inhalation in that safe room in that CIA installation.”  She then doubled down on her ludicrous claim during a radio interview on May 13th:

“I was taking issue with the sort of glib use of the word ‘murdered.’ My point is that it was a very chaotic event. The CIA was involved, which is why there was a lot of confusion initially, and that all the questions that this special committee is raising have been asked and answered in previous investigations.”

Then there is MSNBC’s Chris Matthews, who accused Republicans of using Benghazi to subject poor Hillary Clinton to “voodoo.” Maybe he is on to something, given Hillary’s possible health problems:

The only thing that scares Hillary and the Obama administration is the truth. Their partisan defenders are doing everything possible to keep the American people from knowing the truth about what really happened before, during and after the tragic attack on September 11, 2012 that murdered four brave Americans who were serving their country.