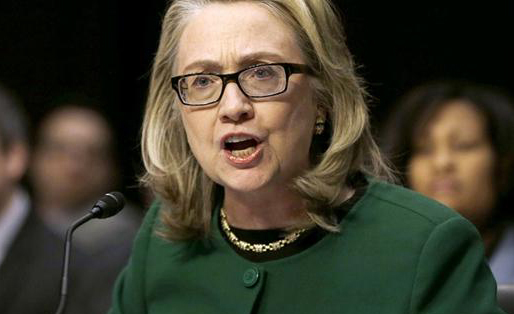 By PATRICK HOWLEY | The DAILY CALLER |

Then-Secretary of State Hillary Clinton knew the Obama White House’s Benghazi talking points BEFORE the White House even sent them around to administration officials.

As Rhodes prepares to leave the White House before he can be called to testify in front of Rep. Trey Gowdy’s select committee on the attack, a new timeline emerges that puts the video in Secretary Clinton’s hands.

We know now that Benghazi was an al-Qaeda attack, not just a spontaneous response to filmmaker Nakoula Nakoula Bassely’s obscure film “Innocence of Muslims.”

Hillary Clinton said the following on the morning of September 13 in her remarks at the U.S.-Morocco Strategic Dialogue:

“I also want to take a moment to address the video circulating on the Internet that has led to these protests in a number of countries. Let me state very clearly – and I hope it is obvious – that the United States Government had absolutely nothing to do with this video. We absolutely reject its content and message…To us, to me personally, this video is disgusting and reprehensible. It appears to have a deeply cynical purpose: to denigrate a great religion and to provoke rage. But as I said yesterday, there is no justification, none at all, for responding to this video with violence.”

Obama speechwriter Ben Rhodes circulated the administration’s video talking points for television appearances by Susan Rice and others. Here’s what Rhodes said in his all-important first memo on the afternoon of September 14, more than a day after Clinton first came up with the YouTube video.

“We’ve made our views on the video crystal clear. The United States Government had nothing to do with it. We reject its message and its content. We find it disgusting and reprehensible. But there is no justification at all for responding to this movie with violence.”