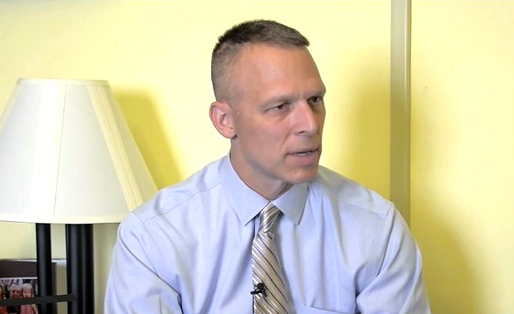 Scott Perry, 53, is a sophomore congressman from Dillsburg, Penn. Exuding a humble intensity and a mindfulness of his oath to the U.S. Constitution, his daily orientation in public office means he takes no vote for granted.

“It’s a fight every day,” Perry says in this 22-minute exclusive video interview with The Daily Caller.

This interview was filmed June 10, prior to a series of divisive trade votes in the House. Perry, believing his leadership was mistaken on what was best for America on these votes, felt the wrath of opposing the Republican leadership. He was one of the 34, 54, 158 and 50 Republicans who challenged the prevailing pressure by GOP leaders to grant President Obama new trade powers at the risk of eroding national sovereignty.

His phones were ringing off the hook in support of his vote from his district and nationwide after he cast these trade votes.

Yet, Republican leaders, increasingly governing by fear, risk continuing dissension and disarray. Evidence is building that Republicans, who are failing to persuade those members with differing opinions, and catering to monied interests in Washington, are alienating Americans who voted for them.

Perry has seen worse. In Congress, it takes only “moral courage” to be “separate from the herd” when you think you are right and the leaders are wrong.

In the military, he needed “physical courage” in several life-threatening situations where he flew 44 helicopter missions in Iraq. Growing up in a house without running water and electricity, and working all his life in a variety of jobs, Perry is experienced at surviving challenging or leaderless situations. “My problem around this place,” he says, “is that I tend to want to get into every fight. One of the tenets of warfare is economy of force – you must preserve yourself to fight another day.”you think?

He hearkens back to those who pledged “their lives, their fortunes, their sacred honor” to cut a path for our liberty.

“Those you send into harms way need to know their government will be there if all goes wrong,” he says.

“Our soldiers offer their full measure for this nation. It matters why those people in Benghazi gave their lives on the anniversary of 9/11. Was it for a video or something else?” he asks.

Has the government lied to America? If he “was secretary of state, culpable people would be fired.”

In this video he discusses his toughest votes. The “Doc Fix” still lingers as one he sounds unsure of having gotten right. Other challenging votes for Perry included: the Cromibus, voted last December, that set government spending through September 2015; the DHS spending bill, where Congress was supposed to have used the power of the purse to stop Obama’s misuse of executive power for setting his own immigration rules; and the Ryan Budget vote that laid out government spending priorities.

On the Obamacare scandal where an anonymous leadership aide filed paperwork in November of 2013 claiming Congress, with some 16,000 employees, to be a “small business” for purposes of subsidies, Perry says this is “unacceptable.”

Perry’s office does not participate in the subsidies, so they feel Obamacare like his constituents experience it, and he wants it repealed. As to whether he would seek to find out who did it for John Boehner and Harry Reid, Perry said, “They don’t want anyone to know.”

Ending the interview, Perry said his take on the Republican Congress not contrasting government policies with Obama, for him, there’s “too much Harry Reid still governing.”

Originally published on 6/21/15 by The Daily Caller: Conservative Rep: It Takes ‘Moral Courage’ To Stand Up To GOP Leadership