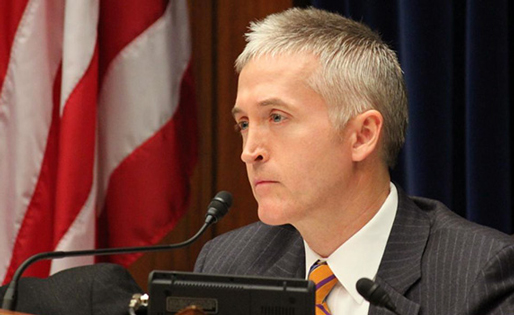 AS SEEN ON ON THE RECORD WITH GRETA VAN SUSTEREN

Gowdy said that Ambassador Chris Stevens asked for extra security, and yet, security was scaled back, which Gowdy said should outrage all Americans.

“I don’t mean to appear naïve, Greta, but I really do think when you’re talking about the murder of four of our fellow Americans that we sent into harm’s way to represent us […] we can turn down the politics for just a little while and find out what happened and why and make sure it never happens again,” he said.

Gowdy said the committee will answer all questions on what happened before, during and after the attacks, then will make recommendations to prevent this from happening in the future.

Watch his interview above.