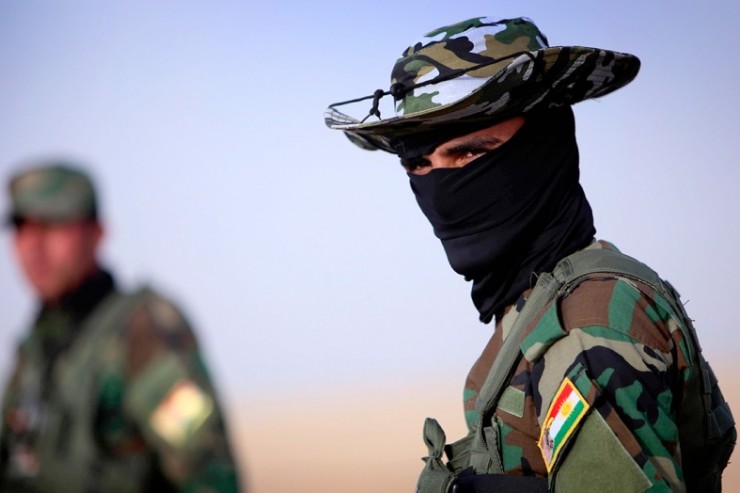 With an arsenal that includes Bowe Bergdhal, Benghazi, and now the unfolding events in Iraq, House Republicans are digging in for a relentless multifront, election-year messaging siege against the White House over foreign policy.

“I’m sure Democrats will try to blame Republicans for going too far,” Rep. Jason Chaffetz said.

But pointing to Iraq, where Islamic rebels have taken wide swaths of territory and major Iraqi cities, Chaffetz said it will be difficult to suggest political exploitation in Republican efforts to highlight concerns over the administration’s foreign policy failures or inactions.

“What we’re seeing play out on TV is sad,” said Chaffetz, the Utah Republican who chairs the Oversight and Government Reform National Security Subcommittee.

Indeed, even before these latest events in Iraq, House Republican leaders had been huddling in recent days over a long-term strategy regarding the controversial exchange on May 31 of Army Sgt. Bowe Bergdahl for five Taliban prisoners transferred from the U.S. prison at Guantanamo Bay in Cuba.

“Not only is it a winner because it was horrible foreign policy,” said House Homeland Security Committee Chairman Michael McCaul, but it is an issue carrying a shelf life way beyond the rest of this midterm election year, he said.

There are a lot of elements for lawmakers to cover in the Bergdahl controversy, McCaul said, including the risks of negotiating with terrorists, why Congress wasn’t kept in the loop, and whether this swap signals plans by the Obama administration to release all prisoners and close the Guantanamo prison over congressional objections.

“You know me, I’m pretty much more of a national security kind of guy and I don’t really engage in a lot of partisan politics,” said McCaul. But still, he said, “I think this probably has more legs than any other story I’ve seen.”

Added to the mix, said Rep. Tom Cole, is that “most Democrats I’ve talked to feel pretty much the same way as most Republicans—the White House on this has managed to divide itself from everybody else.” The Oklahoma Republican also noted most public polling shows that people are wondering: “Why did you do this; why did you do it this way? I think really people really are upset.”

“And I’ve got to tell you that when I am at home in the district, this is one that crosses party lines,” Cole said.

He said the message to members so far is to focus on the idea of failed leadership by the administration, and the questions of whether this a policy change and are we now dealing with terrorists where we haven’t before, and does this make America safer?

There is one possible downside, the aide said.

“We’ve just been encouraging folks to not get into the details of the case, specifically,” he said, meaning the circumstances of Bergdahl’s 2009 capture in Afghanistan, his behavior, and whether he should be tried as a deserter or for being AWOL for abandoning his post in a war zone. “We’ll let the smart people figure that out,” the aide said.

While hearings classified and public were held this week in the Senate and House, House Republicans say this is just the beginning of their investigation into the exchange deal. But leadership aides say there will be no special select committee appointed.

“We already have one of those,” said the aide, with a smile, referring to the new Benghazi select committee created to investigate the administration’s response and other activities tied to the Sept. 11, 2012, terrorist attacks in Benghazi, Libya, that left four Americans dead. Aides say that committee’s work is expected to go well past the end of this year—and possibly deep into 2015. The House has even approved overseas travel by the committee and its staff.

Meanwhile, as events in Iraq are unfolding, Speaker John Boehner and other Republicans were renewing their attacks on another front—suggesting that the advances by Islamic militants in that country have proved their warnings accurate about what would happen after the Obama-ordered troop withdrawal in 2011.

Rep. Devin Nunes, a member of the House Intelligence Committee, said he believes the Obama administration viewed its troop drawdown, and bringing a POW home in a swap with terrorists, as moves that “would make everybody happy, and also satisfy their left-wing base.”

“But they miscalculated,” he said. Do these issues have legs for Republicans? Nunes replied: “Very long legs.”