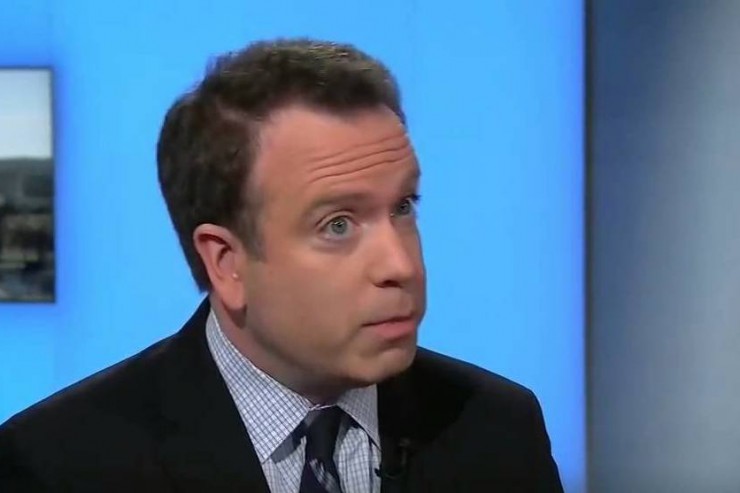 Washington Post columnist Dana Milbank set off a flurry of outraged tweets on Monday night after posting a highly critical recap of a panel event at The Heritage Foundation that, he says, “deteriorated into the ugly taunting of a woman in the room who wore an Islamic head covering.”

Video of that panel has since surfaced and — in my view — Milbank grossly misrepresented the nature of that exchange.

The woman in question, Saba Ahmed, an American University law student, does not seem to have been “taunted.” Both panelists who responded to her accepted the premise of her question entirely. One of them — Brigitte Gabriel, the founder and CEO of ACT! for America — strongly rebutted Ahmed’s concerns, but never dismissed her right to ask the question.

In an email, Milbank explained that he “was there in the room yesterday, and the reaction in the crowd – the long, standing ovation, the cheers for Gabriel, the fingers pointed at Ahmed, the war whoops  —  was intense, and a bit scary. The video captures some but not all of that.”

Milbank is right on that point — the video may not capture everything that took place. However, I do believe that the video disproves or casts doubt on several of Milbank’s assertions.

The Heritage Foundation also feels that the event was “mischaracterized” by Milbank. It also notes that while the event took place at Heritage, it was hosted by the Benghazi Accountability Coalition.

“We hope to have full video of yesterday’s four-hour event hosted by the Benghazi Accountability Coalition available soon,” Wesley Denton, a Heritage spokesperson, wrote. “During the first panel, a question from the audience started a passionate discussion that included much agreement by panelists and the questioner on the need for open dialogue. While the exchange has been mischaracterized by some, the questioner received supportive applause after the discussion concluded. Heritage encourages open debate and wants everyone on our premises to feel welcome and treated with respect.”

Starting from the top:

1. Milbank reports that Ahmed said to the panel, “We portray Islam and all Muslims as bad, but there’s 1.8 billion followers of Islam. We have 8 million-plus Muslim Americans in this country and I don’t see them represented here.”

In the very next paragraph, Milbank reports that panelist Gabriel, the ACT! founder, “pounced.” He omits that, prior to Gabriel’s answer, another panelist — Frank Gaffney, president of the Center for Security Policy — spoke for three minutes, thanked Ahmed for her question and largely accepted the premise of her statement.

“Well, I’m glad to see you’re representing Muslims in this company,” Gaffney began. “I don’t want to speak for anybody but myself, but I think I can say safely that there isn’t anyone on this panel who believes that all Muslims are the problem. I certainly don’t.” Instead, Gaffney differentiated between Muslims who “believe that it is God’s will, Allah’s will, to impose [Sharia law] on everyone else” and those who “don’t follow that program and may not even know what it’s about.”

In his email, Milbank wrote, “Certainly, Gaffney was more gracious, and indeed things didn’t get wild in the room until Gabriel spoke. He did say, however, that the Muslims who are not part of the problem are those who don’t speak Arabic and don’t follow Sharia.”

2. Milbank also omits that when Gabriel began speaking, she said to Ahmed, “Great question. I am so glad you are here and I am so glad you brought that up, because it gives us an opportunity to answer.” She then said that on the panel, which was supposed to be about the death of four Americans in Benghazi, “not one person mentioned Muslims, or that we are here against Islam, or that we are launching war against Muslims.”

“We are not here to bash Muslims. You were the one who brought up this issue about most Muslims, not us,” Gabriel said to Ahmed. “And since you brought it up, allow me to elaborate with my answer. There are 1.2 million Muslims in the world today. Of course not all of them are radicals. The majority of them are peaceful people. The radicals are estimated to be between 15 to 25 percent according to all intelligence services around the world.”

In his email, Milbank wrote, “Gabriel said she was glad the question was asked because it gave her a chance to respond. She accepted that the majority of Muslims are peaceful but said that was irrelevant because there were 180 to 300 million people dedicated to destroying western civilization.”

Gabriel does claim that the “peaceful majority” of Muslims “were irrelevant” in the attacks of Sept. 11, 2001, but she is not dismissing peaceful Muslims as unimportant. She’s arguing that the existence of peaceful Muslims did not stop Sept. 11 from happening. (Gabriel’s comparison to Nazi Germany — “Most Germans were peaceful, yet the Nazis drove the agenda and as a result, 60 million died” — is far more problematic, and arguably absurd, but she has every right to make it.)

In his email, Milbank said, “I certainly think Gabriel’s extensive diatribe qualifies as taunting, and I don’t see how her asking the woman if she’s American can be seen as a friendly gesture.”

4. Milbank reports that the panel’s moderator, conservative radio host Chris Plante, “joined in the assault” and “demanded” of Ahmed, “Can you tell me who the head of the Muslim peace movement is?”

Again, watch the video: Plante didn’t demand. He asked. Ahmed responded with a laugh and said, “I guess that’s me, sir.” The audience then applauded.

In fact, it’s worth noting that Ahmed didn’t appear at all troubled or upset at the end of the exchange.

“Thank you for your responses, and I do really hope that other Muslims will start showing up at these conservative forums,” she said to the panelists. “But as a peaceful American Muslim I would like to think that I’m not that irrelevant. I’m just as much an American and I’m very deeply saddened about the lives that were lost in Libya, and I hope that we will find justice for their families. But I don’t think that this war can ever be won by just the military. You have to bring Muslims to the table.”

The video is above and, as we mentioned earlier, Heritage says it is planning to release a full video of the event soon.