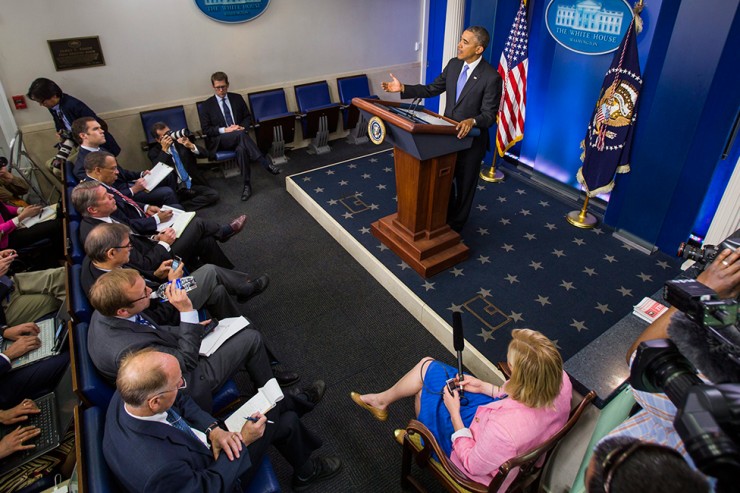 A panel discussing the Benghazi terrorist attack assailed the media for failing to serve as watchdogs, letting the Obama administration avoid tough questions in the months following the events that left four Americans dead.

“This story has been an abomination of journalism,” said radio host Chris Plante, who moderated Monday’s panel at The Heritage Foundation.

“If there was ever any question about the state of American news media,” Plante said, “the Benghazi scandal ought to make clear for everyone what goes on in this town, in particular, and New York when it comes to the American news media. The news media has been a lapdog that’s generous, I think, at this point.”

Though it has been nearly two years since the terrorist attack on the U.S. consulate in Libya, the panelists agreed the Obama administration has yet to provide answers to crucial questions about the White House’s orders on Sept. 11, 2012.

‘This story has been an abomination of journalism.’ —@ChrisPlanteShow on Benghazi

And while congressional investigators continue working to uncover details of the terrorist attack, the panel agreed the Obama administration has stymied attempts at gaining additional information, including potential interviews with key military and intelligence personnel involved.

Plante said it typically would fall to the media to investigate the events independently, but today’s “lapdog” news outlets repeatedly have said all questions about Benghazi already have been answered.

The House of Representatives last month approved the formation of a select committee on Benghazi. Rep. Trey Gowdy, R-S.C., was appointed to lead it.

As the bipartisan group of lawmakers prepares for its investigation into the terror attacks, the panelists posed several questions they hope to see addressed, including how Ambassador Chris Stevens died, why the Obama administration denied requests by Stevens for additional security and why neither President Obama nor Secretary of State Hillary Clinton ordered support for the consulate’s personnel.

“America’s blood is not cheap. Americans’ lives are not cheap,” Gabriel said. “We do not send our men and women to serve in dangerous parts of the world and then forsake them when they call begging us to help them. This is a disgrace. This is shameful and a betrayal of America’s trust in their government.”

The trickle of information that has emerged has done nothing but convince Republicans in Congress there is much more to this story. Most recently, a Freedom of Information Act lawsuit from Judicial Watch, a government watchdog group, revealed the White House was instrumental in crafting talking points for former U.N. Ambassador Susan Rice alleging the terrorist attacks were the result of a YouTube video. The White House previously said the Central Intelligence Agency directed the talking points.

When this became public, Speaker of the House John Boehner, R-Ohio, announced he was dropping his longstanding opposition to forming a select committee and began to appoint members.

Originally posted at the Daily Signal