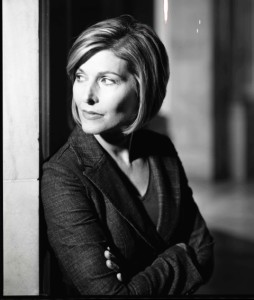 Having participated in politics and journalism from the front lines of our nation’s capital for many years, Sharyl Attkisson, the veteran former CBS correspondent, worries that when our government can get away with lies, a “climate of distrust in America” spreads.

Speaking about the Benghazi terrorist attack that happened on Sept. 11, 2012, Attkisson discusses the pattern the Obama administration has followed. “The story that we got after [Benghazi] first happened is so drastically different in almost every aspect from the truth that came out in subsequent months, slowly over time.”

Attkisson believes, based on her experience from the inside of the mainstream media, that this was designed as “part of a strategy.”

“The public hears bits of truth dribbled out in little bits where they couldn’t quite put it together in one outrageous ball,” she said. “Had they known what had happened and what had gone wrong, it could have affected the election, and they really didn’t want that to happen.”

When House Republicans, who claim to be focused on obtaining the truth, made no mention of her recent bombshell story that was printed the week of Rep. Trey Gowdy’s Benghazi committee’s first hearing about the State Department report, she was “shocked.” Rep. Trey Gowdy (R-SC), Chairman of the Committee, didn’t assuage his critics who want Republicans to uncover the truth about Benghazi.

Her whistleblower, Ray Maxwell, she says, was already known to the Republicans for a long time. He witnessed document extractions so as to prevent then Secretary of State, Hillary Clinton, from being embarrassed during the famed State Department investigation. The longer it takes to follow up, the harder it is to get the truth, Attkisson believes.

When mainstream journalists stop providing a critical check and balance on the White House — either due to ideology or pressure — the victim, according to Attkisson is “the public.”

“They are getting a really skewed picture of what is happening in government and the news,” she claims. “They are getting narrow slices of propaganda,” she added, admitting that America is starting to resemble regimes who manage the news for their citizens.

In this video, she compares the deeds of President Richard Nixon to those of President Barack Obama, and the different treatment by the press in each case. In her opinion, the Obama administration’s offenses are just like the Watergate burglary and Nixon’s dirty tricks, “whereas there has been loss of life – Benghazi and Fast and Furious” during the Obama tenure. Beyond the press pressure though, she notes that senior Republican public defections played a major part in Nixon’s downfall, something she does not see happening within the Democrat party today for Obama.

She admits that Obama gets special treatment, but leaves it to others to decide why exactly that’s the case.

To keep up with Sharyl Attkisson, watch her reporting here.

To see Part 1 of our interview with her, go here.

Mrs. Thomas does not necessarily support or endorse the products, services or positions promoted in any advertisement contained herein, and does not have control over or receive compensation from any advertiser.