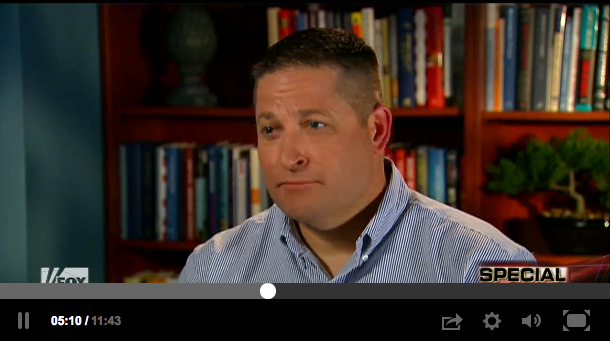 The terrorists who attacked the U.S. consulate and CIA annex in Benghazi on September 11, 2012 used cell phones, seized from State Department personnel during the attacks, and U.S. spy agencies overheard them contacting more senior terrorist leaders to report on the success of the operation, multiple sources confirmed to Fox News.

The disclosure is important because it adds to the body of evidence establishing that senior U.S. officials in the Obama administration knew early on that Benghazi was a terrorist attack, and not a spontaneous protest over an anti-Islam video that had gone awry, as the administration claimed for several weeks after the attacks.

Eric Stahl, who recently retired as a major in the U.S. Air Force, served as commander and pilot of the C-17 aircraft that was used to transport the corpses of the four casualties from the Benghazi attacks – then-U.S. Ambassador to Libya Chris Stevens, information officer Sean Smith, and former Navy SEALs Glen Doherty and Tyrone Woods – as well as the assault’s survivors from Tripoli to the safety of an American military base in Ramstein, Germany.

In an exclusive interview on Fox News’ “Special Report,” Stahl said members of a CIA-trained Global Response Staff who raced to the scene of the attacks were “confused” by the administration’s repeated implication of the video as a trigger for the attacks, because “they knew during the attack…who was doing the attacking.” Asked how, Stahl told anchor Bret Baier: “Right after they left the consulate in Benghazi and went to the [CIA] safehouse, they were getting reports that cell phones, consulate cell phones, were being used to make calls to the attackers’ higher ups.”

A separate U.S. official, one with intimate details of the bloody events of that night, confirmed the major’s assertion. The second source, who requested anonymity to discuss classified data, told Fox News he had personally read the intelligence reports at the time that contained references to calls by terrorists – using State Department cell phones captured at the consulate during the battle – to their terrorist leaders. The second source also confirmed that the security teams on the ground received this intelligence in real time.

Major Stahl was never interviewed by the Accountability Review Board, the investigative panel convened, pursuant to statute, by then-Secretary of State Hillary Clinton, as the official body reviewing all the circumstances surrounding the attacks and their aftermath. Many lawmakers and independent experts have criticized the thoroughness of the ARB, which also never interviewed Clinton.

In his interview on “Special Report,” Stahl made still other disclosures that add to the vast body of literature on Benghazi – sure to grow in the months ahead, as a select House committee prepares for a comprehensive probe of the affair, complete with subpoena power. Stahl said that when he deposited the traumatized passengers at Ramstein, the first individual to question the CIA security officers was not an FBI officer but the senior State Department diplomat on the ground.

“They were taken away from the airplane,” Stahl said. “The U.S. ambassador to Germany [Philip D. Murphy] met us when we landed and he took them away because he wanted to debrief them that night.” Murphy stepped down as ambassador last year. A message left with Sky Blue FC, a private company in New Jersey with which Murphy is listed online as an executive officer, was not immediately returned.

Stahl also contended that given his crew’s alert status and location, they could have reached Benghazi in time to have played a role in rescuing the victims of the assault, and ferrying them to safety in Germany, had they been asked to do so. “We were on a 45-day deployment to Ramstein air base,” he told Fox News. “And we were there basically to pick up priority missions, last-minute missions that needed to be accomplished.”

“You would’ve thought that we would have had a little bit more of an alert posture on 9/11,” Stahl added. “A hurried-up timeline probably would take us [an] hour-and-a-half to get off the ground and three hours and fifteen minutes to get down there. So we could’ve gone down there and gotten them easily.”

Bret Baier currently serves as anchor of Fox News Channel’s “Special Report with Bret Baier” (weeknights 6-7PM/ET), the top-rated cable news program in its timeslot. Based in Washington, D.C., he joined the network in 1998 as the first reporter in the Atlanta bureau. Click here for more information on Bret Baier.

James Rosen joined Fox News Channel (FNC) in 1999. He currently serves as the chief Washington correspondent and hosts the online show “The Foxhole.”