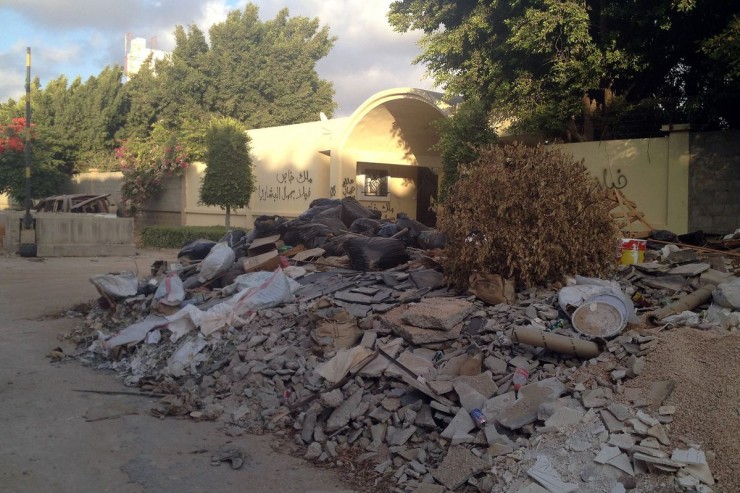 Security contractors have failed to fully screen local guards at U.S. embassies, putting Americans overseas at risk almost two years after the deadly attacks on the mission in Benghazi, Libya, an audit found.

A review by the State Department’s inspector general of six contractors that provided local guards to boost embassy security found none fully performed all the vetting specified in their contracts. Names of the companies and the embassy locations were blacked out in the version being made public.

In one case, a guard was assigned to an embassy “for months before his criminal history and use of multiple false identities was discovered,” according to the inspector general.

The report may add to the partisan debate over the Obama adminstration’s handling of the Benghazi attacks that killed Ambassador Chris Stevens and three other Americans on Sept. 11, 2012.

Since then, Congress and the administration have sought to increase security at high-risk overseas posts, partly through the Local Guard Program of the State Department’s Bureau of Diplomatic Security. That program uses contractors to provide local guards.

In some cases, contractors couldn’t comply with all requirements for screening guards because of local privacy laws or a lack of credit-reporting services and official records, the report found. The State Department failed to modify contracts to adjust for such impediments, it said.

Unless contractors conduct complete screenings and the State Department provides better oversight, “the local guard vetting process could fail, resulting in increased security risks to embassies and personnel,” according to the report.

It said there were at least 272 “significant attacks against U.S. diplomatic facilities and personnel between 1998 and 2012,” including the Benghazi attacks.

In Benghazi, a guard who had recently been fired and another guard still on a contractor’s payroll “were suspected of throwing a homemade bomb into the U.S. compound six months before the attacks,” according to the report.

A “temporary mission facility” in Benghazi “had been vandalized and attacked in the months prior to the September 2012 attacks by some of the same guards who were there to protect it,” the audit said, citing a report by the Senate intelligence committee. The facility has been identified as a Central Intelligence Agency post.

Providing security at America’s overseas embassies isn’t solely a U.S. responsibility. The 1961 Vienna Convention on Diplomatic Relations established that the host country of an embassy or consulate “is under a special duty to take all appropriate steps to protect the premises of the mission against any intrusion or damage.”

The U.S. bolsters local security with its own forces, through the State Department’s Bureau of Diplomatic Security. U.S. Marines are stationed at some embassies, mostly to protect classified material.

To contact the reporter on this story: David Lerman in Washington at dlerman1@bloomberg.net

To contact the editors responsible for this story: John Walcott at jwalcott9@bloomberg.net Larry Liebert, Don Frederick