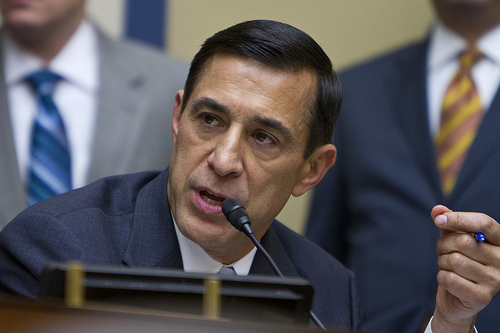 The House Committee on Oversight and Government Reform issued a press release today in conjunction with a letter sent by Chairman Darrell Issa to Rep. Trey Gowdy (R-SC), Chairman of the House Select Committee on Benghazi.  It may be found at the committee’s website here.  The text of the release follows:

WASHINGTON – House Oversight and Government Reform Committee Chairman Darrell Issa (R-CA) today, in a 37 page letter to House Select Committee on Benghazi Chairman Trey Gowdy, detailed State Department efforts to obstruct the Congressional investigation into the Benghazi terrorist attacks.  “In response to your request, I am providing detailed background information regarding the Committee on Oversight and Government Reform’s outstanding Benghazi-related document requests to the Executive Branch, as well as the status of any Benghazi-related production and compliance issues,” wrote Issa to Gowdy.  “To be precise, the Department has not provided a full and complete response to two subpoenas, nor has the Department provided all documents responsive to many written requests.  Moreover, the Department used numerous tactics to obstruct this investigation.”

Among the topics covered in the 37 page letter covering the Oversight investigation from September 2012 until May 2014: