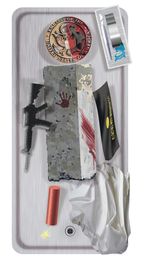 CNN President Jeff Zucker says his network may not bother to report on the House select committee hearings looking into the Sept. 11, 2012, attacks in Benghazi. The New York Times has pre-emptively dismissed them as “partisan.” Eugene Robinson, a columnist for The Washington Post, predicted they will be a “show trial,” a “farce,” and a “new low” for Republican “inquisitors” who could not “locate Benghazi on an unlabeled map.”

Here’s a reasonably compelling counterargument: “It is our job to figure out what happened and prevent it from ever happening again.”

That statement was made by former Secretary of State Hillary Clinton at a January 2013 Senate hearing on Benghazi — the same hearing where she more notoriously asked: “What difference, at this point, does it make?” (That the two statements appear inconsistent goes without saying.)

With this in mind, a little unsolicited advice to the Republicans on this committee: Do not bloviate. Do not posture. Check your opinions at the door. Ask questions. Establish facts and don’t get ahead of those facts. Throw no red meat to conspiracy theorists in the peanut gallery. Prior to the hearings, consult a map.

Chairing the committee will be Rep. Trey Gowdy, South Carolina Republican, by all accounts a skilled prosecutor. That’s a double-edged sword since, as suggested above, the purpose of these hearing should be fact-finding — not prosecution.

At a news conference earlier this month, Mr. Gowdy challenged the notion that there is nothing further to learn about Benghazi, asking reporters if they knew why Ambassador J. Christopher Stevens was in Benghazi on the Sept. 11 anniversary, why requests for additional security were denied him, who originated the false narrative that the attacks were “a spontaneous reaction to a video,” and how that got to be the “official position of the administration”? No hands shot up.

More gratuitous counsel, this for the Democrats who are only reluctantly participating in the hearings: Your constituents did not elect you to be defensive lineman for the administration. You should regard this inquiry as the U.S. military would; namely, as a “post-action review” of a battle lost — which is what Benghazi was. Take Mrs. Clinton’s useful counsel: Make it your mission to figure out what happened so that measures can be taken to prevent it happening again.

Among other things, that means ditching the talking point that Benghazi is ancient history with no continuing policy relevance. Or, as former National Security Council spokesman Tommy Vietor phrased it: “Dude, this was like two years ago.”

Over that incomprehensibly long span of time, not one of the individuals responsible for the attacks has been captured or killed. Why not? Gen. Martin Dempsey, chairman of the Joint Chiefs of Staff, told Congress last fall that he was not authorized to target the Benghazi attackers because they were not considered “al Qaeda” or “associated forces” and therefore not covered by the Sept. 14, 2001, Authorization for the Use of Military Force against those involved in the attacks.

That’s very strange: As one of my colleagues, Foundation for Defense of Democracies senior fellow Thomas Joscelyn, and The Weekly Standard’s Stephen Hayes reported in January, a Senate Intelligence Committee report — one “prepared under the supervision of Chairman Dianne Feinstein, a Democrat, and signed by every Democrat on the panel” — concluded that terrorists “affiliated” with al Qaeda took part in the Benghazi attack.

Mr. Hayes and Mr. Joscelyn also have noted that two of the groups responsible are al Qaeda in the Islamic Maghreb and al Qaeda in the Arabian Peninsula — official branches of the organization founded by Osama bin Laden and today led by Ayman al-Zawahri.

The leader of a third group, Muhammad Jamal, has sworn an oath of allegiance to al-Zawahri. The fourth group identified in the Senate report is Ansar al Shariah. Mrs. Clinton, in her January 2013 testimony, said: “Whether they call themselves al Qaeda or Boko Haram or Ansar al Shariah, they are all part of the same global jihadist movement.”

According to Messrs. Hayes and Joscelyn, the original draft of the CIA’s talking points stated unequivocally that “Islamic extremists with ties to al Qaeda participated in the attack.” The intelligence community also knew that exactly one day prior to the attacks, al-Zawahri called on his followers in Libya to avenge the death of Abu Yahya al-Libi, a senior al Qaeda operative from Libya, who had been killed in a U.S. drone attack in June. “His blood is calling you and is urging you and is inciting you to fight and kill the crusaders,” al-Zawahri implored.

Then why did Gen. Dempsey believe his hands were tied — and does he still? Why, despite all this solid intelligence, did administration spokesmen blame the attack on an obscure video made by a Coptic Christian in California which, they further claimed, set off spontaneous demonstrations of aggrieved Muslims that spiraled out of control?

In his new book, “Faithless Execution,” former federal prosecutor Andrew C. McCarthy argues that if “the president and his subordinates” did in fact engage in “fraudulent misrepresentations to improve his prospects for wining re-election,” that would constitute a high crime and misdemeanor.

Though impeachment seems unlikely, strong evidence suggesting not just spin, but outright deception of the public, would at least place an asterisk on the 2012 election results.

More unasked-for advice for members of the select committee, Republicans and Democrats alike: Seek the truth, and let the chips fall where they may. Do anything else and, in the history books of the future, your name will carry an indelible stain.