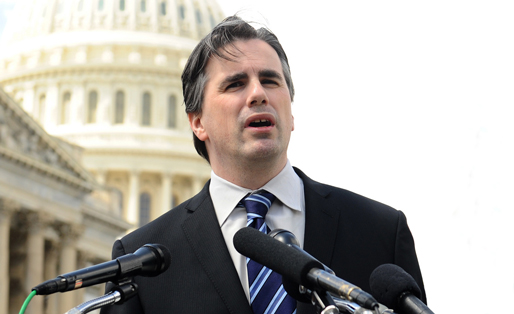 (Washington, DC) – Judicial Watch President Tom Fitton issued a statement today on the Select Committee on Benghazi, which will have its first hearing today, Wednesday, September 17, at 10 a.m. on the implementation of the State Department’s Benghazi Accountability Review Board (ARB) recommendations.  The Select Committee was appointed as the direct result of Judicial Watch’s uncovering emails showing White House orchestration of the knowingly false narrative that the Benghazi attack was due to an Internet video and spontaneous protests.  The documents were obtained through federal court order obtained by Judicial Watch in a Freedom of Information Act lawsuit.

(With respect to today’s hearing, Judicial Watch has analyzed and found wanting the ARB report.)

I am pleased that the work of Judicial Watch had led to this historic first hearing on the Select Committee on Benghazi.  The four heroes murdered that day – Ambassador Chris Stevens, Sean Smith, Tyrone Woods and Glen Doherty – deserve the honor of full transparency and accountability from the government that failed them.

We want the full truth about what happened on September 11, 2012 – both in Benghazi and in the White House.  President Obama’s despicable failures and lies were covered up long enough to ensure his reelection but Obama’s Benghazi stonewall is crumbling.

We hope that the Committee will employ its broad powers to answer the many unanswered questions about the Benghazi attack.  Truth fears no inquiry.  But the Obama administration is in full cover-up mode on Benghazi, so the Committee must be prepared to take politically difficult steps to get around the obstruction.

Judicial Watch will not be standing down.  Judicial Watch just last week announced the filing of three new FOIA lawsuits, including one to get to the bottom of Hillary Clinton’s role in Benghazi.  We suspect our independent watchdog efforts will provide key leads for yet another congressional inquiry.

Exclusive disclosures by Judicial Watch include photos of the Benghazi compound attack aftermath; various records about security contracts and gaps in Benghazi; documents related to administration’s efforts to lie to Congress and the American people about the attack; and emails detailing specific reports that the State Department was receiving as the attack was taking place (including a State Department email detailing intelligence that Ambassador Stevens may have been alive at a Benghazi hospital).