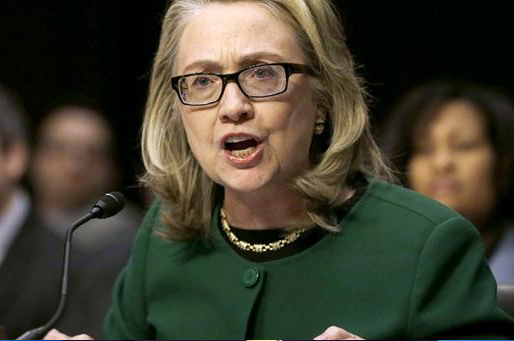 Nearly 16 months after the deadly attack on the U.S. diplomatic outpost and CIA annex in Benghazi, Libya, the details about the perpetrators, their tactics and their motives continue to get spun, bounced and reinterpreted like a political pingpong ball.

The latest player was The New York Times, which over the weekend ran a detailed article about what Libyan militias think happened during the attack under a sweeping headline that critics claimed appeared bent on politically absolving former Secretary of State Hillary Rodham Clinton. The newspaper unequivocally asserted its reporters found “no evidence that al Qaeda or other international terrorist groups had any role in the assault.”

But current and former U.S. officials, congressional sources and outside analysts briefed on the attack told The Washington Times on Monday that the U.S. intelligence community’s assessment about al Qaeda’s links to the Benghazi tragedy has not changed.

The consensus, they said, remains today, as it has for more than a year, that Islamic extremists with ties to al Qaeda and its evolving North African affiliates executed the attack, which was preceded by some degree of planning despite being launched during a spontaneous opportunity that presented itself on the 11th anniversary of al Qaeda’s horrific Sept. 11 attacks on the United States.

The CIA on Monday pointedly stayed on the sidelines of the latest dispute and refused to address The Times’ assessment. But those briefed by the agency repeatedly over the past year unleashed fury at the New York newspaper.

Mr. Westmoreland said The New York Times evidently spoke with many militants and other sources on the ground inside Libya for its article, but he got “kind of a shock” that it appeared the paper was making assertions without having interviewed any of the U.S. intelligence officials on the ground at the CIA annex in Benghazi when it came under attack last year.

Those officials testified in October during a hearing of the House Intelligence subcommittee on oversight and investigations. “The reality of it is, you can tell more about what people think if you’re listening to them when they don’t know you’re listening,” said Mr. Westmoreland, who is chairman of the subcommittee.

In essence, the congressman said, he trusts the testimony of intelligence sources who were in Benghazi before and during the attack more than any recollection by militants claiming to have knowledge of what occurred.

Although transcripts of the testimony provided by intelligence officials during the October hearing remain classified, Mr. Westmoreland said that “from their observation, it was a planned attack.”

“These guys just saw that the attackers had at least some type of training, or coordinated movements about where to go and what each person was going to do when they were on the ground,” Mr. Westmoreland said. “So from that standpoint, it was a coordinated attack.”

Furthermore, he said, the overall assessment provided to the committee by the intelligence community “just leads you to believe, or to know that [the attackers] were al Qaeda-related.”

Although some Republican lawmakers have been accused of aggressively politicizing the Benghazi attack as a way to smear the Obama administration and tarnish Mrs. Clinton’s record as secretary of state, some Democrats also have criticized the story in The New York Times.

Most notably, a top staffer in the office of Rep. Adam B. Schiff, California Democrat, said Monday that Mr. Schiff was standing by assertions he made during an interview on “Fox News Sunday” that there was at least some connection between al Qaeda and some of the militia groups involved in the attack, but that the incident did not appear to be a planned attack by the core al Qaeda group founded by Osama bin Laden.

Mr. Schiff was careful to assert that he did not think The New York Times intentionally attempted to use the story to exonerate the State Department for security lapses in Benghazi, but he said outright that “the intelligence indicates that al Qaeda was involved.”

“But,” he added, “there were also plenty of people and militias that were unaffiliated with al Qaeda that were involved.”

Counterterrorism analysts and former high-level officials indicated during interviews with The Washington Times last summer that the FBI, which was tasked by the Obama administration with carrying out an investigation into the attack, had settled on a broad conclusion: The attack was carried out by a combination of militants with varying degrees of connection to three Islamist groups: Ansar al-Sharia, the Muhammad Jamal network, and al Qaeda in the Islamic Maghreb.

The Pentagon’s own terrorism research agency concluded in August 2012 that “al Qaeda senior leadership” based in Pakistan was “likely seeking to build a clandestine network in Libya as it pursues its strategy of reinforcing its presence in North Africa.”

The report, published by the Library of Congress in coordination with the Irregular Warfare Support program, predicted that AQIM was “likely to join hands with the al Qaeda clandestine network.”

More specifically, the report — released roughly a month before the Benghazi attack — concluded that “Ansar al-Sharia, led by Sufian Ben Qhumu, a former Guantanamo detainee, has increasingly embodied al Qaeda’s presence in Libya, as indicated by its active social-media propaganda, extremist discourse, and hatred of the West, especially the United States.”

As a multinational network, AQIM is officially listed by the U.S. as a terrorist organization, and its operatives, along with members of Ansar al-Sharia and the Muhammad Jamal network, are believed to have participated in a series of terrorist assaults on Western interests in Benghazi during the months leading up to the storming of the U.S. diplomatic post and CIA house in the city.

Former officials and intelligence community sources have said dozens of foreign fighters linked to AQIM, and to the Egypt-based Muhammad Jamal network — whether from Egypt, Tunisia or elsewhere in North Africa — arrived in Benghazi in 2011 as part of a regional jihadist push to overthrow dictator Moammar Gadhafi. Many stayed on after his downfall and began working with operatives from Ansar al-Sharia.

Among the most vexing aspects of the investigation is that none of three groups has specifically claimed responsibility.

AQIM issued a statement Sept. 18 — a week afterward — praising the attack, but did not claim credit for planning or executing it. Another statement around the same time, attributed to al Qaeda in the Arabian Peninsula, also did not claim responsibility.

Investigators have given significant attention to a video message circulated Sept. 10 in which al Qaeda’s senior leader, Ayman al-Zawahri, who is believed to be hiding in Pakistan, called for attacks on Americans in Libya to avenge the killing of a senior al Qaeda operative by a U.S. drone strike in Pakistan last year.

Some analysts have argued that the al-Zawahri video proves al Qaeda’s involvement because it surely would have trickled down digitally to AQIM operatives during the hours before the attack. But that ignores a subsequent message put out by al-Zawahri roughly a month after the attack in which he made only passing reference to Benghazi, and notably avoided claiming responsibility for it.

That al Qaeda’s affiliates in North Africa are evolving rapidly, with operatives emerging in different areas, also has played into debates over exactly what transpired in Benghazi.

Former National Security Agency and CIA Director Michael V. Hayden alluded to such factors during an appearance Sunday on CBS, although he stopped short of directly disputing The New York Times‘ assertion that it had found no evidence of al Qaeda involvement in the attack, and instead praised the paper for other reporting in its weekend story. He said it provided broad view of a complex security landscape in Libya.

“When the attack happened, actually on this network a few days afterwards, I was asked who did it. And I said well, you know, the al Qaeda movement’s divided into three layers: al Qaeda prime, formally affiliated and like-minded. And at the time, I said this was probably high-end like-minded or low-end affiliated. And I think The Times story today kind of bears that out,” Mr. Hayden said.

Mr. Hayden told The Washington Times on Monday that there are still uncertainties about who precisely executed and ordered the attack, but that he could say with confidence that the perpetrators were “al Qaeda affiliated if al Qaeda is viewed as a movement, a cause, a concept.”

One example of the change can be seen in Ansar al-Sharia. Although the group had been considered local in Libya, advocating for the implementation of Islamist law, indications over the past year suggest it is now involved in sending jihadist fighters to join the Nusrah Front, a group in Syria that the State Department has said is an alias for al Qaeda in Iraq.

“The fact that Ansar is sending fighters to Syria shows you they’re part of the global jihad and not just some strictly local group,” Thomas Joscelyn, a senior fellow focusing on al Qaeda and North Africa at the Foundation for Defense of Democracies, said in an interview Monday.

Mr. Joscelyn, who manages the foundation’s Long War Journal, said The New York Times story was strong in that “the reporter did a lot of on-the-ground talking to people,” but that it “missed the mark in terms of analysis.”

“You can see that when one of the main Democrats on the House intelligence committee comes out and says that al Qaeda was involved, obviously there’s intelligence showing that, which conflicts with The New York Times‘ declarative statements on the whole thing,” Mr. Joscelyn said.

More troublesome, he said, is the fact that on Oct. 29, 2012, the paper itself cited unidentified “American officials” as saying the Benghazi attack “included participants from Ansar al Sharia, al Qaeda in the Islamic Maghreb and the Muhammad Jamal network.”

“Nothing in the sources I’ve talked to have said that was wrong,” said Mr. Joscelyn, who noted that David D. Kirkpatrick, the author of The Times’ more recent story, did not have a byline on the October report but was listed as a contributor.

“The Times is ignoring its own previous reporting on who’s responsible for Benghazi,” Mr. Joscelyn said. “In fact, at least some of the parties responsible are known al Qaeda-linked actors, specifically Muhammad Jamal and his trainees.”

Speculation was rife Monday, meanwhile, over how The Times story might stand to impact the image of Mrs. Clinton, who is rumored to be preparing for a presidential run in 2016. “I think that politically, if this story were true, it would give her some protection,” Mr. Westmoreland said.

Pushing the notion that no al Qaeda-linked groups were involved in Benghazi, he suggested, would provide a kind of cover for Mrs. Clinton and for her State Department, which was roundly criticized by Republicans for not doing more to respond to requests made by diplomats on the ground prior to the attacks for beefed-up security.

“The root of these four Americans getting killed was that they were not provided the security they were requesting,” the congressman said. “One of the letters they received back was signed by Secretary Clinton.”

This story originally posted in the Washington Times.