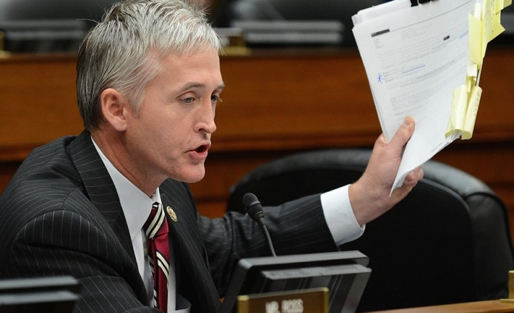 But the Select Committee on Benghazi also will begin to look into allegations, first reported yesterday in The Daily Signal, that top aides to then-Secretary of State Hillary Clinton oversaw the sifting of Benghazi-related documents detrimental to her before turning over files to the Accountability Review Board.

In comments to reporters today, Rep. Trey Gowdy, R-S.C., chairman of the select panel, said he wants to question Raymond Maxwell, the retired State Department official who described the sifting of files in a basement room to investigative reporter Sharyl Attkisson, who wrote the story for The Daily Signal.

Maxwell made “very serious” allegations, Gowdy said, which are “a perfect example for why this committee exists.”

“He deserves an opportunity to say what his perspective was,” Gowdy said, “and I deserve the right on behalf of my fellow citizens to ask who else was present.”

Rep. Elijah Cummings of Maryland, the ranking Democrat on the select committee, said he was “puzzled” that Maxwell had not provided his account in previous testimony.

Attkisson, appearing tonight on Fox News Channel’s “The O’Reilly Factor” to summarize her exclusive report, noted that Maxwell had told his story last year to congressional staff and to Gowdy and Rep. Jason Chaffetz, R-Utah.

“I assume there are swipe cards or some video records” that could be used to verify Maxwell’s account and identify those who were in the basement room, Attkisson told host Bill O’Reilly.

Chaffetz, appearing on Fox yesterday, identified the two Clinton confidants seen by Maxwell during the document search as Cheryl Mills, then Clinton’s chief of staff, and Jake Sullivan, her deputy.

The Accountability Review Board, designed to be an independent group, examined the circumstances surrounding the attacks and made suggestions for improving security for U.S. diplomats and diplomatic facilities overseas.

The State Department continues to insist that the review board had access to all relevant files and other material.

Until now, the committee of seven Republicans and five Democrats led by Gowdy has stood up its investigation behind closed doors.

The low-key approach since the panel’s launch in May contrasts with several previous high-profile congressional probes of the Sept. 11, 2012 attacks in Benghazi, Libya that left four Americans dead, including U.S. Ambassador Chris Stevens.

Scheduled for the first day of public testimony at 10 a.m. are Greg Starr, the State Department’s assistant secretary for Diplomatic Security, and Mark Sullivan and Todd Keil, members of the Independent Panel on Best Practices, created to go back over the review board’s efforts.

“We don’t know how much work they’ve done behind closed doors, like how many people they’ve interviewed, how many depositions they’ve taken and how much evidence they’ve gathered,” Hans von Spakovsky, a Heritage Foundation legal expert who previously worked for the Justice Department, said today. “I don’t expect them to reveal everything, but tomorrow’s public hearing might give us some clues as to what they have discovered.”

The hearing comes as some Republicans continue to argue that some in the Obama administration purposefully misled the public about circumstances surrounding the attacks to protect the president in the final weeks of his 2012 re-election campaign.

Some Democrats counter that administration actions before, during and after the attacks may have been imperfect but did not constitute a coverup. Republicans, they contend, would use the select committee to drum up political support before the November midterm elections.

In advance of the hearing, Politico reported, Democratic outside groups would launch a website, www.benghazicommittee.com, to provide “rapid responses” to criticism of Clinton.

On the other side, a group called the Benghazi Accountability Coalition set up its own website, www.benghazicoalition.org, to keep the public informed.

Maxwell, the former State Department diplomat, alleged that confidants of Clinton were part of an operation in the basement of the agency’s Washington headquarters to “separate” damaging documents from materials that were to be turned over to the Accountability Review Board.

The initial public hearing was expected to focus on the review board’s eventual report, not about whether the board had all relevant material or the White House purposefully misled the public. Maxwell’s account appears certain to come up, however.

In a December 2012 report, the review board issued 29 recommendations on how the State Department could enhance security training methods and capabilities.

The report — the work of a board commissioned by Clinton and led by veteran diplomat Thomas R. Pickering — cited “grossly inadequate” security at the Benghazi compound, a lack of Diplomatic Security agents, and poorly skilled Libyan guards as factors in the deadly success of the attacks.

The attacks have been the subject of about a dozen hearings in the House and Senate. House leaders set up the select committee with the understanding that its subpoena powers and other tools would give it access to new witnesses and resolve unanswered questions.

The panel has no deadline to complete work, but it will issue a final report.

Ken McIntyre, news director of The Daily Signal, contributed to this report.