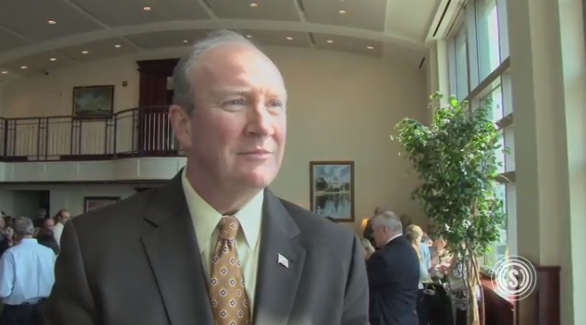 It’s been nearly two years since the terrorist attacks on the U.S. consulate in Benghazi, and we still have not come close to the truth. And if we ever are to find out how Ambassador Chris Stevens and three other Americans were killed that night, it’s going to take more work from the House select committee appointed recently to investigate the incident.

That was the word from a panel of experts who gathered at The Heritage Foundation on Monday to discuss the attacks and Washington’s lethargic response.

“We all collectively have to do our own work,” Tom Fitton, president of Judicial Watch and moderator of the panel, said of investigating the terror attacks. “If the lesson of the last six years is anything, we can’t rely on Congress to provide oversight of this administration. We should encourage and demand that they do, but we cannot sit on our haunches and think that it’s going to be done.”

Helle Dale, senior fellow for public diplomacy at The Heritage Foundation, Victoria Toensing, former deputy assistant U.S. attorney general, and investigative reporter Ken Timmerman joined Fitton on the panel, which was part of a half-day symposium on Benghazi at Heritage co-sponsored by the Benghazi Accountability Coalition.

“There’s a groundswell of support for the truth on Benghazi, and Washington politics is different than American politics in many respects,” Fitton said. “If [the select committee] stays strong and goes forward apolitically and effectively, they should be able to get a lot of Americans behind them.”

The panelists agreed interest in Benghazi had begun to wane, even though many questions remained unanswered. But after a Freedom of Information Act lawsuit from Judicial Watch, a government watchdog group, revealed the White House played a key role in drafting former U.N. Ambassador Susan Rice’s talking points after the attacks, House Republicans turned their attention to the scandal once again.

The Obama administration previously said the Central Intelligence Agency drafted Rice’s talking points, which blamed the attacks not on terrorists, but on an anti-Islamic YouTube video.

The panelists agreed the appointment of the special committee was a victory for those yearning to learn more about the White House’s orders on Sept. 11, 2012, but they warned the task wouldn’t be easy.

Dale said those challenges would include obtaining documents regarding the attacks, convincing witnesses and involved officials to speak without fear of retribution and getting the White House to release information.

“It will be an uphill battle just getting the evidence out,” Dale said. “It will have to be a pretty fearless group of investigators and staff who will undertake this job.”

This article can be read here