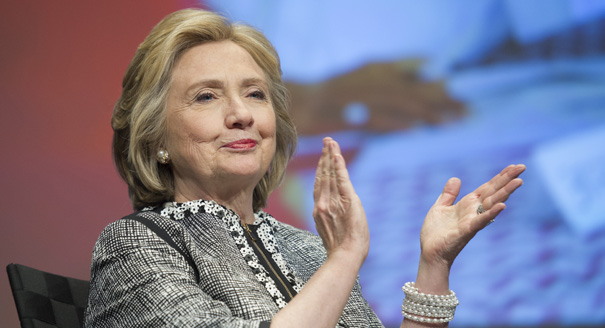 A plurality of voters continues to believe the Benghazi controversy will negatively impact Hillary Clinton’s expected bid for the presidency, little changed in surveys since last fall.

A new Rasmussen Reports national telephone survey finds that 44% of Likely U.S. Voters think the circumstances surrounding the murder of the U.S. ambassador and three other U.S. Embassy employees in Libya will hurt the former secretary of State if she runs for president in 2016. That compares to 46% in January and 43% who felt that way when we first asked the question last October. Seven percent (7%) think the Benghazi issue will help Clinton if she runs for the White House. Thirty-eight percent (38%) say it will have no impact. Eleven percent (11%) are not sure. (To see survey question wording, click here.)

(Want a free daily e-mail update? If it’s in the news, it’s in our polls). Rasmussen Reports updates are also available on Twitter or Facebook.

The survey of 1,000 Likely Voters was conducted on June 18-19, 2014 by Rasmussen Reports. The margin of sampling error is +/- 3 percentage points with a 95% level of confidence. Field work for all Rasmussen Reports surveys is conducted by Pulse Opinion Research, LLC. See methodology.